Odds favour Kharge over Tharoor and Tripathi in Congress polls

The stage was set on Friday for a contest between Mallikarjun Kharge and Shashi Tharoor for the Congress president's post, with the Dalit leader from Karnataka emerging as the clear favourite.

The third candidate in the fray, K N Tripathi, a former minister in Jharkhand, is considered a lightweight for the contest. 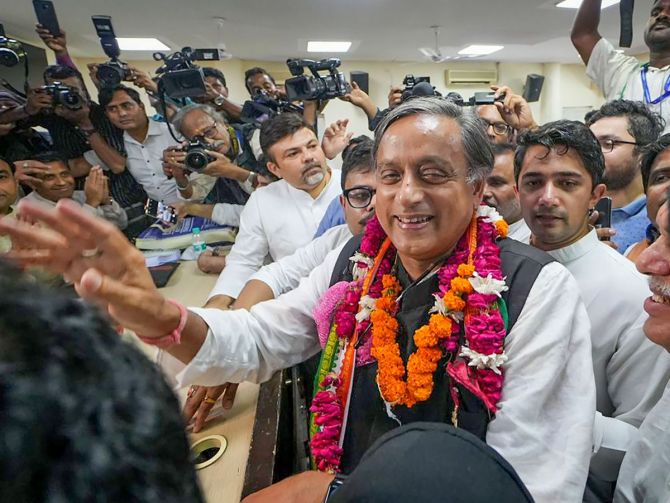 Kharge, Tharoor and Tripathi filed nominations on the last day which saw the AICC headquarters come back to life after long, with workers swarming the complex.

Tharoor, who was also part of the G-23 group, filed five sets of nomination papers, while former Jharkhand minister Tripathi filed a single set of poll papers with Madhusudan Mistry, the chairman of the Congress's central election authority.

A majority of G-23 leaders put their weight behind Kharge by becoming his proposers instead of Tharoor, who was a prominent member of the grouping.

Among MPs too, a number of Congress leaders signed Kharge's papers, while Tharoor's backers were limited to a few including Karti Chidambaram, Mohammed Javaid and Pradyut Bordoloi.

Kharge with an experience of over 50 years in electoral politics appeared to be a clear favourite for the Congress presidential election as a galaxy of leaders were present by his side when he filed his nomination papers at the AICC headquarters in New Delhi.

"I was encouraged by all leaders, party workers and delegates from key states to contest the elections. I thank those who were present by my side at the time of filing the nomination papers," Kharge told reporters.

"I have always been fighting this battle and I am keen to fight more to uphold the ideals of the Congress party with which I have been associated since my childhood," Kharge said.

Tharoor, 66, described his electoral opponent Kharge as the 'Bhishma Pitamah' of the party.

"It is a privilege to serve the only party in India with an open democratic process to choose its leader," Tharoor said after filing his nomination papers. 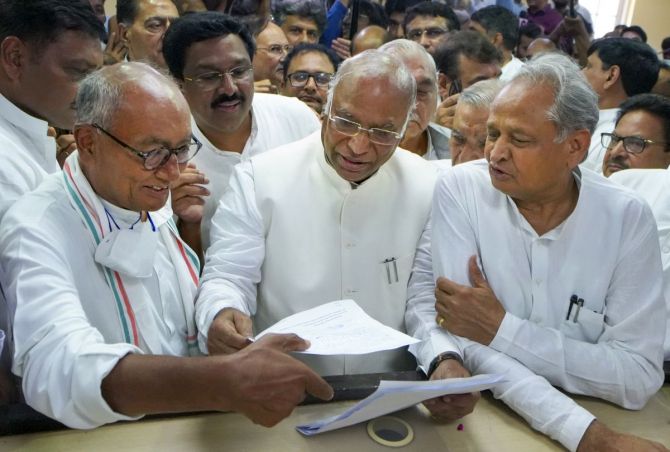 "It is a friendly contest that is going to happen. We are not enemies or rivals. No disrespect to him but I will represent my ideas," the Lok Sabha member from Thiruvananthapuram told reporters.

Tharoor said those wanting change in the party should vote for him and described Kharge as a "candidate of continuity" and "status quo", virtually implying that the Karnataka leader was the choice of the present dispensation.

In a tweet, Tharoor said he spoke to Kharge to wish him the best in the upcoming election.

"He recalled when I first met him in Bangalore during my UN days, when he was home minister. We worked well together in the Lok Sabha and  he was gracious as ever in wishing me luck," he said.

While Tripathi said he was contesting for the top post in a democratic manner, party insiders say the battle is between loyalty and experience of Kharge versus the intellectual prowess of Tharoor, who is from the upper-caste Nair community in Kerala.

Friday was the last day for filing nomination papers and after scrutiny on Saturday, the last date for withdrawal is October 8.

Over 9,100 delegates are eligible to cast their votes in the October 17 election, which will take place in case there are more than one candidate left in the fray. The result will be announced on October 19.

Rising from the grassroots, Kharge will be the first non-Gandhi president of the grand old party in almost a quarter of a century and the first Dalit to occupy the top post in 51 years. Jagjivan Ram was the last Dalit to be the Congress president -- in 1971. 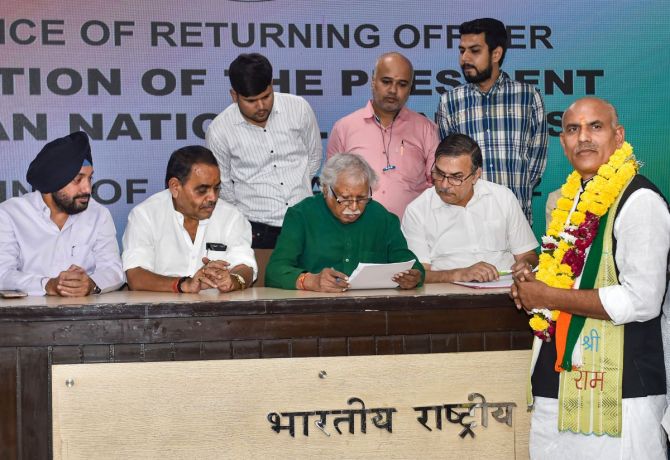 A simple man committed to the ideology of Mahatma Gandhi, Kharge has risen from the ranks in the party to be a contender for the top position and will probably be the oldest Congress president in last many decades.

He is also the lone politician to have functioned as the leader of opposition in the Vidhan Sabha, the Lok Sabha and the Rajya Sabha.

A young Kharge was the first in his village to have gone to college and got interested in student politics. He later went on to become a labour union leader.

He became a member of the Karnataka legislative assembly in 1976-78 and a minister of state (independent charge), primary and secondary education, in Karnataka in 1979 and was elevated as a cabinet minister, rural development and panchayati raj, in 1980.

He also held the charge of home ministry, and minister for water resources, minor irrigation and transport in Karnataka.

Kharge became president, Karnataka Pradesh Congress Committee, from 2009-2014 and was a member of the Lok Sabha from 2009 to 2013. He held the Union ministries of railways and labour and employment.

He was leader of the Congress in Lok Sabha from 2014 to 2019 and went on to become the leader of opposition in Rajya Sabha in February 2021.

As the nomination process concluded, Congress general secretary (communications) Jairam Ramesh said, "As of now, it is a contest between two multi-dimensional personalities. The last date for withdrawal is still not over, we don't know whether there will be an election on October 17 or not."

"All I can say is the election will be free, fair and transparent," Ramesh said in Gundlupet in Karnataka while taking part in the party's Bharat Jodo Yatra. 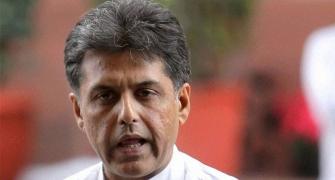 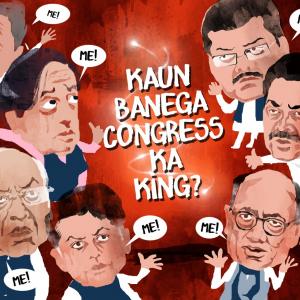 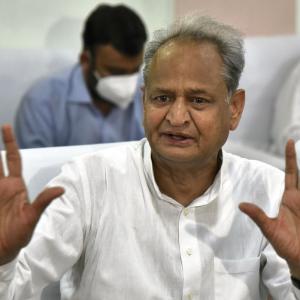