'The greed for power of the BJP and its allies is exposed to the fact that they can't even give charge to a trusted lieutenant in the absence of the CM.' The Goa Pradesh Congress Committee has appealed to Governor Mridula Sinha to give the Congress an opportunity to form a stable government in the state.

In a statement issued by GPCC President Girish Chodankar, the party stated, 'The Congress has never hesitated to play the role of a constructive and effective Opposition but we will not hesitate to come forward and take responsibility to form a government.'

'We have already cautioned Honourable Governor Her Excellency Dr Mridula Sinha about a possible ploy by the BJP to fraudulently impose President's Rule in Goa, through the back door,' it said.

'We urge her (Governor Sinha) once again, that the Congress should be given an opportunity to form a stable government in Goa, in view of the prevailing political chaos in the state,' the GPCC added.

The Congress also criticised Goa Chief Minister Manohar Parrikar, who was rushed to the All India Institute of Medical Sciences in New Delhi on Saturday, September 15, for not handing over charge of the administration to any of his cabinet colleagues.

'We would like to remind the people of Goa that their well-being is the last thing on the minds of the ruling political parties who are unleashing the ugly game of power and clamouring for their benefit,' the Goa Congress stated.

'The greed for power of the BJP and its allies is exposed to the fact that they can't even give charge to a trusted lieutenant in the absence of the CM,' the Congress added.

The Congress accused the BJP of creating a mess in Goa over last 16 months.

'While we sympathise with the chief minister as far as his health is concerned, his act of snatching away the mandate given to the Congress in the 2017 assembly elections and his total mismanagement of all major issues in Goa, including mining, formalin, food adulteration, pollution, CRZ, TCP, Casino, unemployment etc had already driven Goa to the edge,' it stated.

'This happens when you don't respect people's mandate. (The) BJP and its allies should take up the responsibility for this mess created in Goa over the last 16 months,' the Congress statement said.

'This current confusion of epic proportions which we are witnessing is only going to hurt the prospects of the state further, especially when the BJP, does not even have a second-in-command to succeed Parrikar in his absence,' the Congress stated.

'The very fact that a second-in-command was never allowed to be groomed by the BJP shows how selfish interests have sacrificed the interest of the party and the state of Goa.'

Parrikar underwent treatment at a hospital in the United States earlier this year. He returned to the US on August 10 for a follow-up and returned on August 22, but was later admitted to a hospital in Mumbai the next day due to health complications.

He once again left for the US on August 29 and later returned to India. On September 15, Parrikar, who is suffering from a pancreatic ailment, was flown to the AIIMS for further treatment. 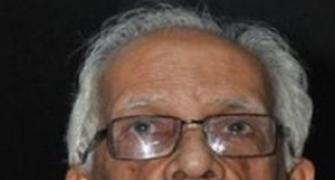 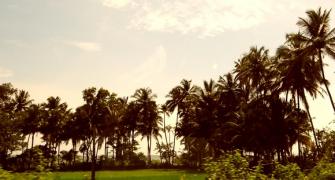 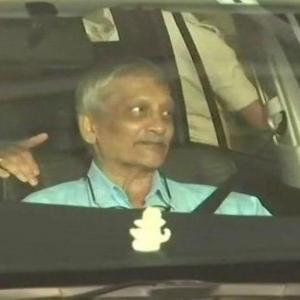 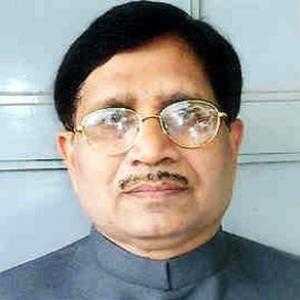