Congress is another name for horse trading: Kumaraswamy

"The Congress is another name for horse trading" said Janata Dal-Secular leader H D Kumaraswamy on Tuesday as he slammed the party's erstwhile state ally for its nationwide "Save Democracy" campaign against the Bharatiya Janata Party, accusing it of trying to topple democratically elected governments. The former Karnataka chief minister said that the Congress is an expert in dividing political parties and purchasing MLAs. In fact, the term horse trading in politics came to be in use because of it, he said.

"The Congress has launched a nation-wide Save Democracy, campaign against the BJP which is buying MLAs to topple democratically elected governments. What has Congress done it? Haven't they lured all BSP MLAs who supported the Congress to form the government in Rajasthan? Is this not a buyout?" Kumaraswamy asked.

"If you are dividing like minded party MLAs supporting (you) through deceit, who would support you? Are these mistakes not visible to you?" he asked the Congress.

In a politically significant development in Rajasthan, all six Bahujan Samaj Party MLAs had merged the legislative party with the Congress in September last year.

Kumaraswamy also reminded the Congress, which was crying hoarse about purchase of MLAs, that it had divided the JD-S in Karnataka in the past.

"Haven't they made attempts to divide? Is it not a fact that for the sake of one Rajya Sabha seat, the Congress government in Karnataka purchased eight JD-S MLAs? Is this democracy? Both parties (Congress and BJP) are criminals in purchase matters," he said.

Eight JD-S MLAs had voted against the party's official candidate and supported Congress in the biennial elections to Rajya Sabha from Karnataka in 2016.

In 2004, the Congress tried to divide JD-S, he said, adding that to avoid the party being hijacked by them, he had to oust the Dharam Singh led Congress-JDS coalition government through a political coup.

Noting that the Anti Defection Law is not effective because of which these "anti-democratic farces" are being enacted, Kumaraswamy said it is imperative to make those who defect and their family members not contest elections at least for two terms, besides disqualifying them from holding any office.

"Let there be a debate on this. Let democracy survive," he said. 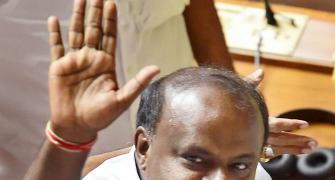 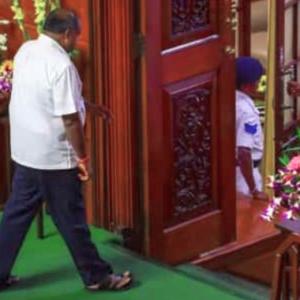