News
Business
Movies
Sports
Cricket
Get Ahead
Money Tips
Shopping
Sign in  |  Create a Rediffmail account
Rediff.com  » News » Cobra force to have a base in Assam

Cobra force to have a base in Assam

A base of the newly-created elite Cobra Force of the Central Reserve Police Force is being set up in Assam to augment internal security measures in the need of insurgency-hit Northeastern states where Maoists are trying to find a foothold of late.

The base of the force in the form of a battalion headquarter will be set up in Darrang district of Assam. For the formality sake, the Assam Cabinet will soon take a decision approving setting up of the base of cobra force in the state, a home department source informed.

In fact, the Assam government had requested the Centre to set up a base of National Security Guard in the state, but New Delhi instead agreed to post a base of the Cobra Force. The base will be a battalion headquarters of the force meant for the entire Northeastern region.

The Assam government is now required to provide at least 300 acres of land, free of cost to facilitate the base of the elite force. The training facility in the Cobra Force base will be a boon for the Assam police personnel to undergo specialised training for combating insurgents and Maoists.

The concerned department of Assam has already prepared the Cabinet memorandum and setting up of the base of the Cobra force become a reality after the allotment of land. The state government has zeroed in a plot at Sipajhar in Darrang district, about 50 kilometers away from Guwahati.

The Cobra Force personnel will have a significant role to play in countering terror in the region in days to come. There have been concerns over Maoists attempt to strike roots in Assam and other parts of the region in coordination with militant outfits from the region including the anti-talks faction of the outlawed United Liberation Front of Assam and People's Liberation Army in Manipur.

In a recent statement made to a section of local media here, the 'chief' of the anti-talks faction of the ULFA, Paresh Barua claimed to have coordination with the Maoists.

Assam Chief Minister Tarun Gogoi, however, is of the view that all encompassing development would be instrumental in tackling the Maoist threat as only use force would not suffice given the lessons learnt in the so called Maoist infested states of the country.

Gogoi during a discussion with Prime Minister Manmohan Singh in New Delhi last week took up the matter of Maoists infiltration and committed to take all steps possible to prevent Maoists set up any base in Assam.

Former Union Home Secretary G K Pillai who had vast experience of dealing with insurgency problem in the Northeast said, "The Maoists threat is certainly one that is emerging. The Maoist strategy is to fish in troubled water and exploit any grievances or even perceived grievances. This has to be tackled politically at the grass root level. It has to be nipped in the bud with the help of people as only police can't tackle it alone."
K Anurag in Guwahati
Related News: Assam Cabinet, Cobra Force, Tarun Gogoi, ULFA, New Delhi
SHARE THIS STORY
Print this article 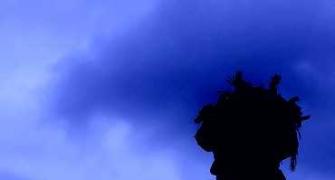 Join the Armed Forces: Do you have it in YOU?
Gogoi seeks special fund from PM to rehab former ultras
ULFA strikes close ties with GNLA terrorists 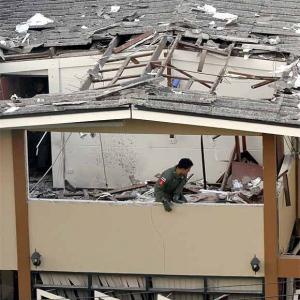