An Air India plane from Mumbai to New Delhi with 140 passengers and six crew members had a close shave on Wednesday when it suffered a bird hit while landing at the Indore airport, sending jitters among those on board for the second consecutive day.

The pilot, however, landed the aircraft safely, he said.

Two tyres of the same aircraft, with 106 people on board, were found deflated on landing at the Delhi's Indira Gandhi International Airport yesterday, causing an alarm.

The IC-133 flight later took off for Bhopal after engineers inspected the aircraft and found it airworthy, Air India Station Manager, VV Gadgil. 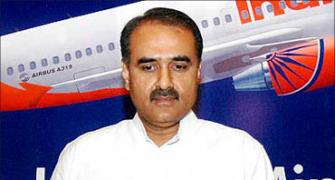