A four-year-old boy, who was infected with the deadly new H7N9 bird flu, surprised the Chinese health officials by recovering from the disease, believed to be incurable as there is no medicine to treat it.

His recovery proves that not every human infection of H7N9 avian influenza is severe, they said, even as World Health Organisation said there is no evidence of sustained human-to-human transmission.

"From a clinical point of view, the boy has recovered," said Wu Fan, the director of the Shanghai Disease Control and Prevention Centre. The boy will need to remain in the hospital for further observation, Wu added.

The boy's temperature is normal and he has no respiratory symptoms, said Yu Hui, director of the infectious disease department of the Children's Hospital affiliated with FudanUniversity, where the boy is being treated.

The new bird flu strain has sickened at least 21 people in Shanghai and the east China provinces of Zhejiang, Jiangsu and Anhui, killing six of them.

As the virus spread during the past few days, China had approved a drug which is reportedly being administered to patients.

China Food and Drug Administration said the potential of injections of peramivir diluted in sodium chloride has been proven successful by preliminary tests.

There are currently no standards for the discharge of H7N9-infected patients in China. For the more common H1N1-infected patients, a full recovery period of 7 days and two negative virus tests are required before the patient can leave the hospital.

Meanwhile, WHO which is keeping a close watch on the H7N9 virus in China said it has yet to found evidence that the new avian influenza has become human-to-human transmissible.

"Although we do not know the source of infection, at this time there is no evidence of sustained human-to-human transmission," WHO representative Dr Michael O'Leary said in Beijing on Monday.

O'Leary said said growing interest in the virus globally has prompted WHO to consider sending an international team, comprising epidemiological, laboratory and communications experts, to China.

A 87-year-old man surnamed Li and his two sons in Shanghai were hospitalised recently for showing symptoms like fevers and coughing. Li and the younger son died, and the other son has recovered. But H7N9 bird flu virus has only been found in the father.

"The family cluster raises the possibility of human-to-human transmission, but two of the cases in that cluster have not been laboratory confirmed," O'Leary said, adding, "There is no other evidence pointing toward sustained transmission among people."

Asked an alleged link between the cases and the large number of dead pigs that were recently found dumped in rivers in east China, he said the pigs' connection with the human infections has been ruled out.

In some of the H7N9 cases, the infected people were found to have had contact with animals, he said, citing the appearance of the virus in pigeons in a Shanghai marketplace.

These cases indicate that the virus may have crossed from animals to humans, he said, adding a related investigation is under way.

The H7N9 strain previously was known only to infect birds, and health officials are still clueless about know why the virus is infecting humans now.

WHO has been closely collaborating with the National Health and Family Planning Commission and other government departments, he said, adding WHO does not deem it necessary at present to introduce screening measures at ports of entry or adopt any restrictive measures on tourism and trade.

He said the public should maintain good health habits and only eat properly cooked meat.

According to a Chinese health official, Beijing has started research for the development of vaccines for the H7N9 bird flu virus.

However, complications in the development and manufacturing process mean it may take about six to eight months before the vaccine can be brought to market, said Liang Wannian, the director of the H7N9 influenza prevention and control office under the NHFPC.

Liang said the decision to put the vaccine into production will depend on whether the virus can mutate to become human-to-human transmissible.

If it become evident that the virus is spreading among humans, the vaccine will be required, but it would be uneconomical to distribute the vaccine if such signs do not appear, Liang said.

Liang said vaccination is not the only effective way to prevent the disease.

"We are taking a series of measures to prevent and control infections. Infection monitoring efforts are under way in over 500 hospitals and 400 labs nationwide," Liang said. 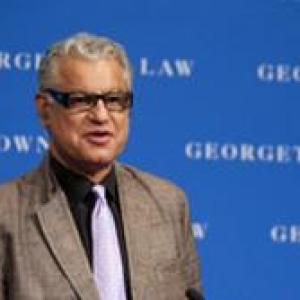 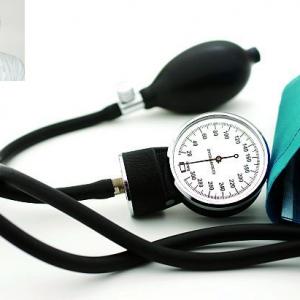 'Hypertension is leading cause of death in urban areas'