China to send first woman into space on Saturday

China will send its first woman into space when an air force pilot joins a three-member team of astronauts on the Shenzhou-9 spacecraft which blasts off on Saturday.

Liu Yang, a pilot who successfully averted a mid-air accident after her flight was hit by 18 pigeons, would be part of the team that would perform China's first manned space docking, in preparation for Beijing's plan to setup a permanent space station.

"Thirty-three-year-old Liu will be part of the crew of Shenzhou-9 which would be launched tomorrow form the Jiuquan space base in China's north Gobi desert," according to an announcement by China's manned space docking programme headquarters.

Liu's mission will make China the third country after Russia and the US to send a woman into space. When successful, this will be China's fourth manned space launch. Liu and her two male colleagues Jing Haipeng and Liu Wang will dock with with Tiangong-1 module currently orbiting earth.

"From day one, I have been told I am no different from male astronauts," Liu, a trained pilot told state broadcaster CCTV.

Relatively unknown till now, Liu's selection against her rival Wang Yaping became a foregone conclusion as the official media here highlighted her heroics for the past few days.

Born in Henan province Liu, 34 enrolled into Changchun No 1 Flight College of the PLA airforce after graduating from high school and later became an Air Force cargo plane pilot.

She is married and has a child. China has an ambitious space programme and a white paper release last December outlines the country's programme to conduct a human lunar landing. 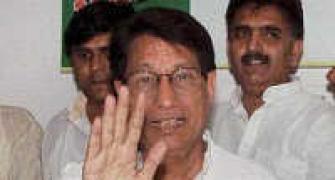 'Ajit Singh wants airport near his village'
China steps up conventional missile capability
US search mission in Arunachal: How will China react? 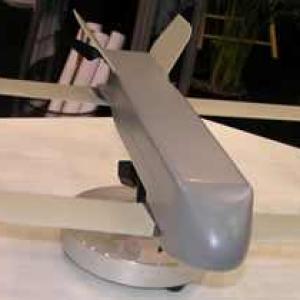 In PHOTOS: Lethal 'Kamakazi' drone that fits in a backpack

Army lost a lot of its sheen in age row: J J Singh