China has demanded discussion on Kashmir during a closed-door meeting of the United Nations Security Council in New York on Wednesday, but the request is likely to be rejected as other member countries of the global organisation are set to oppose it. 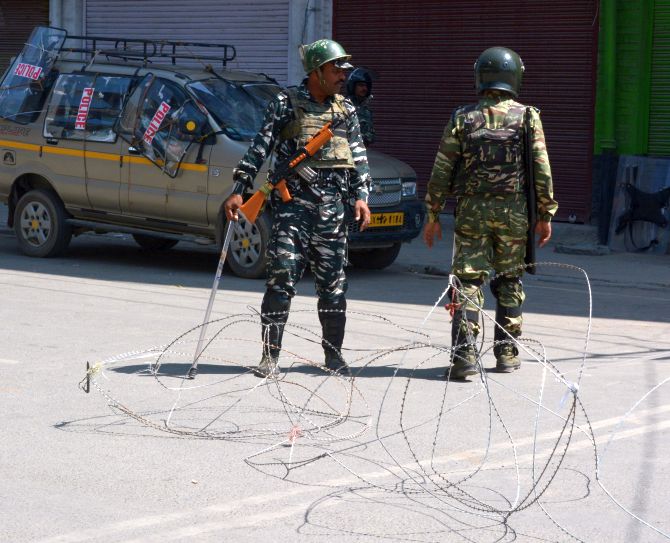 The current move by China is third such attempt since August when the special status granted to Jammu and Kashmir under Article 370 of the Constitution was scrapped by the government, and the state was bifurcated into two union territories.

French diplomatic sources said France has noted the request of a UNSC member to raise the Kashmir issue once again in the powerful body and it is going to oppose it like it did on a previous occasion.

The closed door meeting of the UNSC has been called to discuss an issue relating to an African country. China has made a request to deliberate on the Kashmir issue under the agenda of 'Any Other Business Points'.

Asserting that France's position has not changed and it is very clear that the Kashmir issue must be settled bilaterally (between India and Pakistan), French sources said this has been stated on several occasions, and it will continued to be reiterated to partners in the UN Security Council.

This is the third time, China, Pakistan's 'all-weather ally', has demanded discussion on the Kashmir issue.

In August, China pushed for a UNSC meeting on Kashmir after the government scrapped J-K's special status. However, the meeting did not yielded desired results for China as the member-states maintained that India's move was an internal issue.

Last month, France, the United States, the United Kingdom and Russia had foiled an attempt by China to discuss Kashmir at a closed-door meeting of the UNSC.

India's decisions on Kashmir had also cast a shadow over Chinese President Xi Jinping's visit to India in October for the second informal summit with Prime Minister Narendra Modi.

However, notwithstanding the acrimony over the issue between the two countries, Modi and Xi held "successful" talks in the ancient coastal town of Mamallapura, signalling a recalibration of bilateral ties.