Top commanders of the Indian Army will carry out an in-depth review of the tense standoff between Indian and Chinese troops in several areas of eastern Ladakh at a three-day conference beginning Wednesday.

The commanders will also deliberate on the overall situation in Jammu and Kashmir besides delving into issues having national security implications, they said.

However, the main focus will be on the situation in eastern Ladakh where Indian and Chinese troops are locked in an eyeball-to-eyeball face-off in Pangong Tso, Galwan Valley, Demchok and Daulat Beg Oldie, the sources said.

Both India and China have significantly increased their presence in all sensitive areas in the region, signalling that the confrontation may not see a resolution anytime soon. There have been efforts by both sides to resolve it through talks.

The situation in eastern Ladakh deteriorated after around 250 Chinese and Indian soldiers were engaged in a violent face-off on the evening of May 5 which spilled over to the next day before the two sides agreed to "disengage" following a meeting at the level of local commanders.

"The apex level leadership of the Indian Army will brainstorm on the current emerging security and administrative challenges and chart the future course for Indian Army," Army Spokesperson Col Aman Anand said, without elaborating.

The commanders' conference was originally scheduled to be held from April 13-18, but it was postponed due to the coronavirus pandemic.

It will now be held in two phase. The first phase will be from May 27 to 29 and the second one in the last week of June, Col Anand said.

"India has handled the situation in a mature way. The commanders are expected to have detailed deliberations including on the strategy to confront China's aggressive behaviour," an official said on the condition of anonymity.

India last week said that it has always taken a very responsible approach towards border management but the Chinese military was hindering normal patrolling by its troops.

At a media briefing, External Affairs Ministry Spokesperson Anurag Srivastava also strongly refuted China's contention that the tension was triggered due to trespassing by Indian forces on the Chinese side. 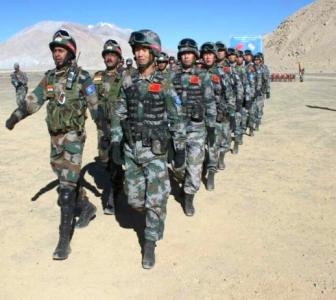 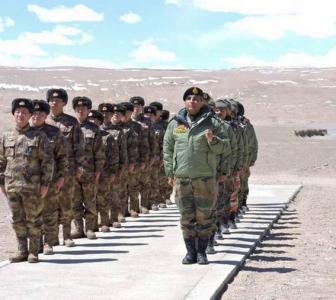