China completed its first manned space docking on Monday, as a spacecraft carrying three astronauts including the country's first spacewoman, successfully coupled with an orbiting module, in a major milestone for its ambitious space programme.

The three astronauts on board Shenzhou-9 (Divine Grace) will now enter the orbiting space lab Tiangong-1 or 'Heavenly Palace', that will give another boost to China's goal of completing a space station by 2020.

The procedure began as Shenzhou-9, in which the astronauts had traveled for two days ago, first moved to a location 52 km from Tiangong-1 at noon on Monday, the Beijing Aerospace Control Center said.

The spacecraft then slowly drifted towards Tiangong-1, which is orbiting on its own since last year, and made contact with the module at 2:07 pm, China time.

During the process of automated docking, the astronauts namely Jing Haipeng, Liu Wang and the woman astronaut Liu Yang were calm and in good condition, reporting the status of Shenzhou-9 to the ground frequently, the Center said.

They will enter the Tiangong-1 lab module later in the day and use it to conduct scientific experiments and technical tests.

It was an automated procedure conducted by computers and not the not by the crew.

They were expected to be de-linked shortly and conduct a manual docking, the main task of the present crew.

The three are scheduled to stay in space for about 13 days.

In today's docking, a suite of radar, laser and optical sensors aligned Shenzhou with Tiangong. The capsule's thrusters then drove it into the space lab's docking ring.

China's first successful unmanned space docking was completed last year with the docking of the Shenzhou-8 spacecraft and the Tiangong-1.

The latest Shenzhou mission assumed significance as it launched 33-year-old Liu Yang, the first Chinese woman to travel to space.

She flew along with Commander Jing Haipeng, 46, and fellow flight engineer, Liu Wang, 42.

Today's union between two space modules happened at an altitude of about 340 km from the earth.

Liu operated a hand-held video camera to record the moment of docking.

It is understood that only two members of the crew will enter the lab at any one time. The third individual will stay in the Shenzhou craft in case of emergency.

The successful launch prompted Chinese leaders and officials to assert that China has become a space power and is fast catching up with US and other developed countries.

Ahead of the Shenzhou-9 launch, Chinese space scientists brought Tiangong-1, the first prototype of a Chinese space lab down to 343 km range.

The Chinese station is expected to be ready by 2020 after a series of experiments.

Tiangong-1 will be replaced next year with a far bigger module to accommodate more astronauts.

During the flight, a range of scientific experiments are planned, including a number of medical tests to understanding the effects of weightlessness on men and women.

The two modules were expected to de-attach and then retreat to a distance for manual docking. Liu will take the lead in this activity. "We've done over 1,500 simulations," he said during the pre-launch press conference. 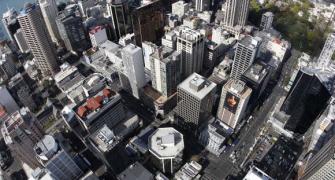 IMAGES: These are the BEST buildings in the world!
Obama, Dr Singh may hold meet at G-20 summit 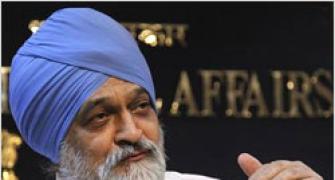 China to send first woman into space on Saturday 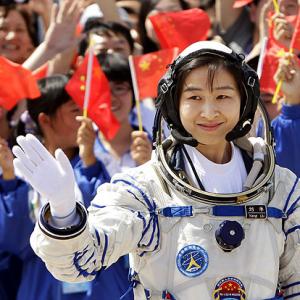