The people have asked the Nationalist Congress Party to sit in the opposition and the party will do that, its chief Sharad Pawar said on Friday. 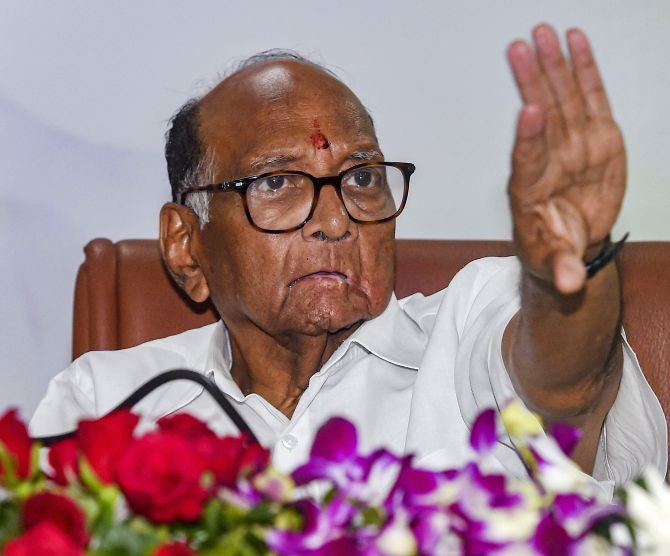 Pawar's comments come amid talk about the possibility of National Democratic Alliance constituent Shiv Sena forming government in Maharashtra with support from the NCP and the Congress.

Speaking to reporters in Nashik, he also termed as "childish" the tussle between the BJP and its ally Shiv Sena over sharing of the chief minister's post.

The BJP and the Shiv Sena, which contested the October 21 Maharashtra assembly poll jointly, won 105 and 56 seats respectively.

The NCP and Congress have clinched 54 and 44 seats respectively.

Asked about the possibility of the Shiv Sena forming government with the support of the NCP and the Congress, Pawar said there was no discussion in his party in this regard.

"We do not have a clear majority. People have asked us to sit in the opposition. We accept that mandate and will take care that we play that role effectively," he said.

The Shiv Sena has been insisting the BJP to share the chief minister's post for two-and-half years on rotational basis.

The BJP is reluctant to implement such an arrangement.

Referring to the sparring parties, Pawar said, "The people have given them the opportunity (to form government). They must use it. But what is going on now (between them) is childish in my opinion."

Any party or alliance seeking to form government will require the support of at least 145 MLAs on the floor of the 288-member state assembly.

Source: PTI© Copyright 2023 PTI. All rights reserved. Republication or redistribution of PTI content, including by framing or similar means, is expressly prohibited without the prior written consent.
Related News: Shiv Sena, Nationalist Congress Party, BJP, Sharad Pawar, Maharashtra
Print this article
BJP-Sena impasse: How Maha can get a new govt 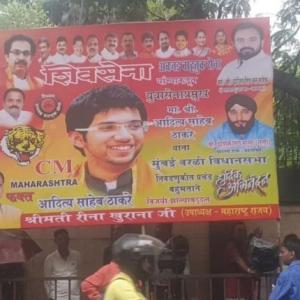