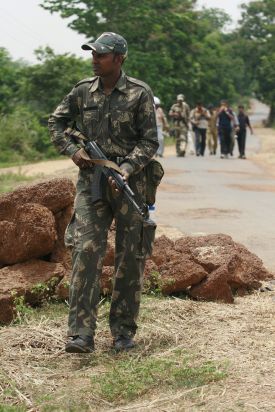 A security personnel was killed and another got injured in an encounter with Naxalites in the Maoist-hit Sukma district of southern Chhattisgarh Friday.

The incident took place when the joint party of district force, Chhattisgarh Armed Force and Special Task Force was on a combing operation in the jungles of Chintagufa police station area of the district early this morning, police said.

According to police sources, when the patrolling party reached near Minpa village in the region, Naxals opened indiscriminate firing on them following which security forces launched a retaliatory attack.

In the exchange of fire that lasted for around two-and-a-half hours, two jawans were injured out of whom one later succumbed, police said.

"One of the injured jawan of STF died while he was being rushed to a hospital in Jagdalpur," Inspector General of Police, BastarRange, Himanshu Gupta told PTI over phone.

The deceased has been identified as - head constable Yogendra Singh.

"The injured Assistant Platoon Commander (APC) of STF, Narendra Yadav, has been air-lifted to Raipur for treatment," the IG added.

Image: A paramilitary soldier patrols a Naxal-affected area in Chhattisgarh 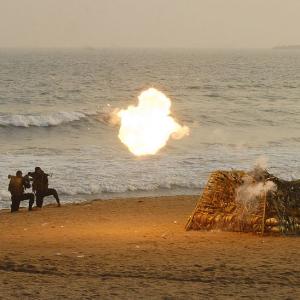 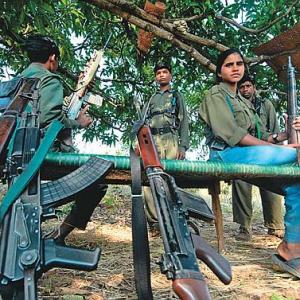