Source: PTI
Last updated on: September 14, 2011 15:11 IST
Preliminary investigation into the train accident at Sitheri has found that it took place due to over-speeding of the Electric Multiple Unit train, which rammed into a stationary train, Railway Minister Dinesh Trivedi said on Wednesday.

However, a comprehensive probe would be launched to ascertain if the accident occurred due to human error or technical fault, Trivedi, who arrived in Chennai from Delhi along with a team of railway officials, told newsmen.

Terming the accident as "unfortunate", he said preliminary investigation had revealed that it was due to over speeding of the EMU train which rammed into the stationary train.

The train driver was not under the influence of alcohol, he said.

The team also visited about 30 injured, admitted to government general hospital in Chennai before leaving for the accident site.

Nine persons were killed and 72 others injured when a speeding passenger train rammed into a stationary train at Sitheri near Arakkonam late on Wednesday night.
Source: PTI© Copyright 2021 PTI. All rights reserved. Republication or redistribution of PTI content, including by framing or similar means, is expressly prohibited without the prior written consent.
Related News: Electric Multiple Unit, Dinesh Trivedi, Chennai, Sitheri, Arakkonam
SHARE THIS STORY
Print this article
Delhi blast: HC seeks details on rehabilitation of victims 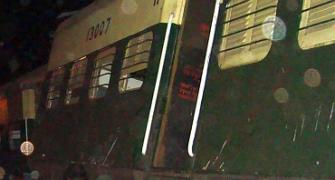 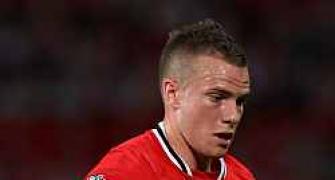