The Union health ministry on Friday said while there is no evidence to suggest that existing vaccines do not work on the Omicron variant of SARS-CoV-2, some of the mutations reported may decrease the efficacy of the jabs. It however underscored that definitive evidence for new variant's increased remission and immune evasion is awaited.

The ministry has issued a list of frequently asked questions about the Omicron variant of coronavirus which has been designated by World Health Organisation as a 'variant of concern.'

Two cases of the new variant were reported in Karnataka on Thursday.

However, vaccine protection is also by antibodies as well as by cellular immunity, which is expected to be relatively better preserved. Hence, vaccines are expected to still offer protection against severe disease and vaccination is crucial. If eligible one should get vaccinated, it said.

On the possibility of a third wave of COVID infection, the ministry said Omicron cases are increasingly being reported from countries outside of South Africa and given its characteristics, it is likely to spread to more countries, including India.

However, the scale and magnitude of the rise in cases and the severity of the disease are still not clear, it said.

"Further, given the fast pace of vaccination in India and high exposure to delta variant as evidenced by high seropositivity, the severity of the disease is anticipated to be low. However, scientific evidence is still evolving," the health ministry said.

To a question on can the currently used diagnostics methods detect Omicron, it said that the most accepted and commonly used method of diagnostic for SARS-CoV2 is the RT-PCR method.

"This method detects specific genes in the virus, such as spike, enveloped and nucleocapsid etc, to confirm the presence of the virus. However, in the case of Omicron, as the S gene is heavily mutated, some of the primers may lead to results indicating the absence of the S gene (called S gene drop out).

"This particular S gene drop out along with the detection of other viral genes could be used as a diagnostic feature of Omicron. However, for final confirmation of the omicron variant genomic sequencing is required," the ministry explained.

It further said WHO declares a variant as VoC after assessment when there is an increase in transmissibility or detrimental change in COVID-19 epidemiology or increase in virulence or change in clinical disease presentation or decrease in the effectiveness of public health and social measures or available diagnostics, vaccines, therapeutics.

It stressed that the precautions and steps to be taken remain the same as before.

"It's essential to mask yourself properly, take both doses of vaccines (if not yet vaccinated), maintain social distancing and maintain good ventilation to the maximum possible," said the ministry.

The Indian government is monitoring the situation closely and is issuing suitable guidelines from time to time. The scientific and medical community is geared up for developing and deploying diagnostics, carrying out genomic surveillance, generating evidence about viral and epidemiologic characteristics, and development of therapeutics, it said.

The ministry said that variants are a normal part of evolution and as long as the virus can infect, replicate and transmit, they will continue to evolve.

"Further, not all variants are dangerous and most often than not, we don't notice them. Only when they are more infectious or can reinfect people they gain prominence. The most important step to avoid the generation of variants is to reduce the number of infections," it said.

The new variant reported from South Africa on November 24 was called B.1.1.529 or Omicron based on the Greek alphabet. It has shown a very large number of mutations, especially more than 30 on the viral spike protein which is the key target of an immune response, the ministry said.

Given the collection of mutations in Omicron, which earlier individually have been associated with increased infectivity and/or immune evasion, and the sudden rise in the number of positive cases in South Africa, WHO has declared Omicron a 'variant of concern', it added. 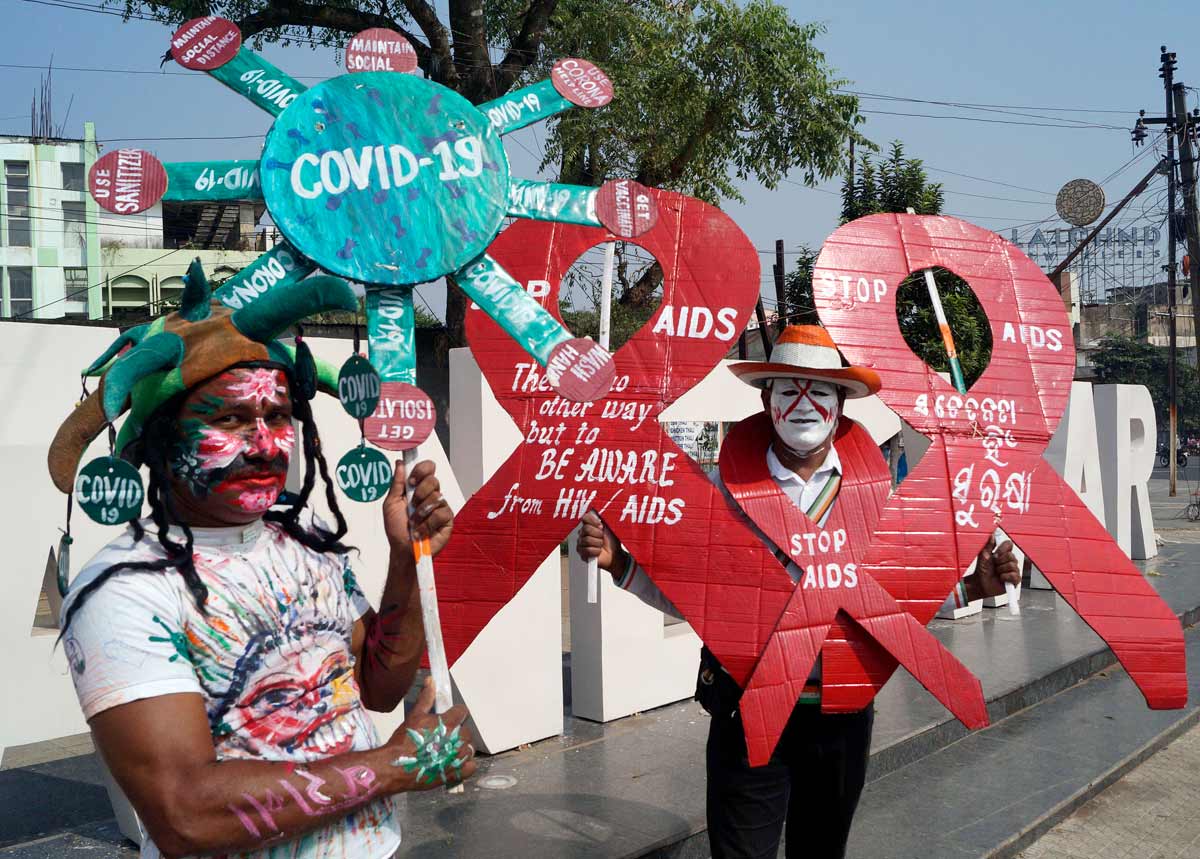