The Central Bureau has summoned Trinamool Congress’s member of Parliament Abhishek Banerjee's brother-in-law in connection with a case of alleged illegal coalmining from the mines of the Eastern Coalfields Limited (ECL) in West Bengal's Asansol, involving the "kingpin" of the racket, Anup Manjhi, officials said on Friday. Ankush Arora, husband of Banerjee's sister-in-law Menaka Gambhir, and his father Pawan Arora have been asked to appear before the investigating officer of the case on March 15, they said.

The central probe agency recently questioned Banerjee's wife Rujira and sister-in-law Menaka Gambhir in the case pertaining to alleged illegal coal mining and pilferage from the mines of the ECL, a public sector undertaking (PSU).

The CBI is suspecting dubious financial transactions, which has triggered the questioning of Banerjee's sister-in-law and her family members, the officials said.

During its probe, the CBI has been able to link the mystery of stolen coal found by ECL officials from a railway siding in Asansol in 2019 with Manjhi, they added.

The central agency, during the questioning of various officials from West Bengal and the ECL, found out that as against the earlier claims of 500 tonnes, nearly 1,800 tonnes of stolen coal were found dumped near the railway siding in Asansol, which was meant to be gradually sold in the market by Manjhi.

It has also surfaced that the ECL officials had detected that the 1,800 tonnes of coal were illegally mined and stolen from the mines of the PSU, and reported the matter to the local authorities, but no concrete action was taken.

The stolen coal was believed to be linked to a Kolkata-based businessman, but it is now alleged that it belonged to Manjhi, the officials said.

West Bengal is set to witness an eight-phase Assembly election starting March 27 and the Bharatiya Janata Party is leading a vigorous campaign in the state to oust the ruling TMC, which had secured consecutive electoral wins in 2011 and 2016 under its leader and Chief Minister Mamata Banerjee.

Abhishek Banerjee, the Lok Sabha MP from the Diamond Harbour constituency and the nephew of the chief minister, wields considerable influence in the party and has been leading the TMC's counter-attack in the run-up to the assembly polls.

It is alleged that Manjhi is involved in illegal mining and theft of coal from the leasehold mines of ECL in the Kunustoria and Kajora areas, the officials said. 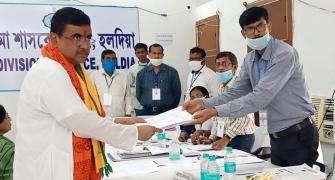 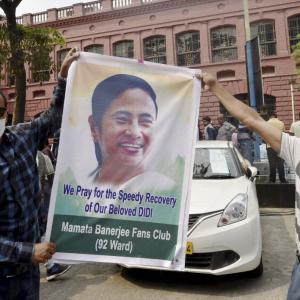 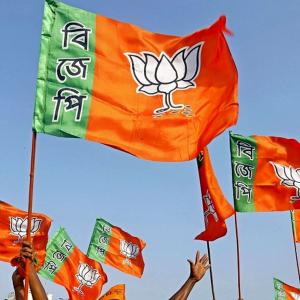