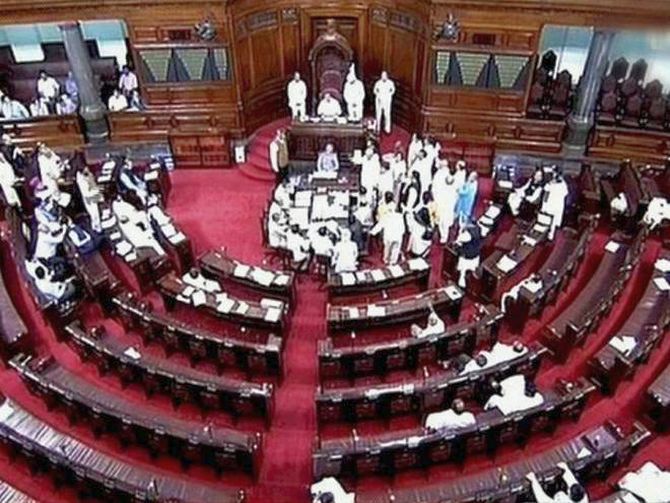 The stage is set for Rajya Sabha polls on Friday for the remaining 25 seats in six states including Uttar Pradesh where the Bharatiya Janata Party is virtually assured of eight of the 10 seats amid suspense whether it can snatch an extra seat in the light of the newfound bonhomie between former arch rivals SP and BSP.

For the 58 Rajya Sabha seats to be filled, 33 candidates from 10 states were declared elected unopposed on March 15.

Seven union ministers including Ravi Shankar Prasad and Prakash Javadekar were among them.

Besides UP where Finance Minister Arun Jaitley is in the fray and who is certain to win, West Bengal, Karnataka, Jharkhand, Chhattisgarh and Telangana will also feature in the polls.

Counting of ballots will be taken up at 5 pm, an hour after the end of voting.

A bypoll will also be held for one seat in Kerala where M P Veerendra Kumar, the Left-backed candidate of Sharad Yadav faction of the Janata Dal-United, is pitted against Babu Prasad of the Congress.

Arithmetically, the ruling BJP can easily win eight out of the 10 seats in Uttar Pradesh.

The four-MLA strong Suheldev Bharatiya Samaj Party, after being placated by BJP chief Amit Shah, and the Apna Dal-Sonelal with nine MLAs have decided to vote for BJP nominees.

"We are standing with the BJP. We had held a meeting of our MLAs and it was decided that we will strongly support the BJP," national president of Apna Dal-S Ashish Patel said.

In all there are 11 candidates in the fray for the 10 seats.

The BJP and its allies have 324 MLAs in the 403-member assembly after the death of its Noorpur MLA in a road accident recently.

To secure a win,, a candidate needs 37 first preference votes. Arithmetically, the BJP can easily win eight of the 10 seats and will be left with 28 surplus votes.

"There will be contest on the ninth seat," a senior UP BJP leader said, exuding confidence that the saffron party would bag nine seats.

The Samajwadi Party and the Bahujan Samaj Party also appeared sure of win one seat each.

The SP has fielded Jaya Bachchan and the BSP Bhimrao Ambedkar.

With 19 MLAs, the BSP is short of 18 first preference votes and with Naresh Agarwal's son Nitin, who is still an SP MLA, likely to cross-vote for the BJP, the task will become difficult for the candidate of the Mayawati-led party.

BSP insiders said to be doubly sure of victory, Mayawati has sought a list of SP's loyal MLAs who will vote for her party candidate.

She is also banking on some independent MLAs, who, though, are yet to reveal their cards, they said.

Riding on the new bonhomie with the SP, Mayawati is banking on the 10 surplus votes of Akhilesh Yadav's party, besides seven votes of the Congress and one of Rashtriya Lok Dal to reach the magic figure of 37 votes.

However, Nitin Agarwal can queer the BSPs pitch if he votes for the BJP.

Naresh Agarwal, who recently quit the SP and joined the BJP, has said his son would vote for the saffron party in the Rajya Sabha polls.

The country's most populous state sends 31 MPs to the 245-member Rajya Sabha, and the BJP, which won a massive victory in the 2017 assembly elections, is yet to get a lion's share of these.

Altogether six candidates, including Congress nominee Abhisek Manu Singhvi, are in the fray for the five Rajya Sabha seats from West Bengal.

The state's ruling TMC has decided to back the eminent lawyer.

Five candidates are in the electoral arena in Karnataka for four seats. The state's ruling Congress has fielded three nominees, while there are one each of the BJP and JD-S.

Elections will also be held for two seats in Jharkhand where three candidates are in the fray, including two of the state's ruling BJP and one of the Congress.

One candidate each of the ruling BJP and main opposition Congress will cross swords for the lone Rajya Sabha seat from Chhattisgarh.

Four candidates will try their luck from Telangana where polling will be held for three seats. 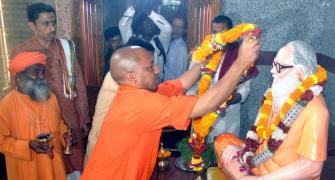 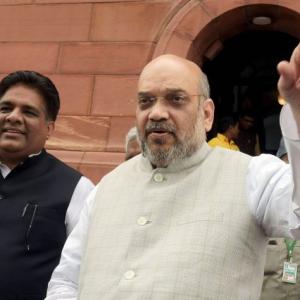