Curtain came down on Monday over campaign for 71 assembly segments of Bihar which go to polls on October 28, in the first phase of elections. 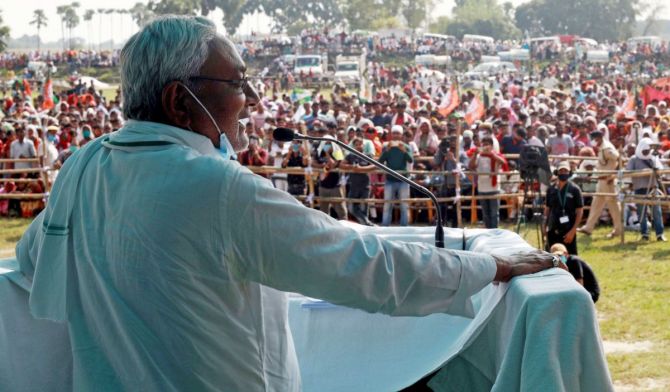 Leading the National Democratic Alliance charge, Prime Minister Narendra Modi flew down to address as many as three rallies where he urged the voters to vote Chief Minister Nitish Kumar back to power.

The BJP's quest for dominance over the states political scene, evident from a seat-sharing deal as part of which it clinched nearly as many constituencies as the Janata Dal-United its senior partner so far- resonated during the election campaign.

Modi, as also other BJP star campaigners like Uttar Pradesh Chief Minister Yogi Adityanath and party president Jagat Ptakash Nadda repeatedly cited Ram temple at Ayodhya, scrapping of Article 370 and law against triple talaq as achievements of the government at the Centre and attacked the opposition for opposing these.

The 69-year-old chief minister, who is also the JD-U president and is seeking a fourth term in power, carried out a strenuous campaign which began with a series of virtual rallies and has been followed by dozens of election meetings where he has been physically present, including two where he shared the stage with the PM.

The normally unflappable Nitish Kumar made news on more than one occasion for losing his cool and snapping at protesters from the opposition camp who turned up at his rallies raising slogans.

RJD leader Tejashwi Yadav, who has been named by his party as its CM candidate, also ran an indefatigable campaign which comprised rallies, video messages relayed through the social media and press conferences.

Massive turnouts and enthusiastic response from the crowds at his rallies have been a surprise for political observers who have underscored that the ambience spoke more of the anti-incumbency than the appeal of the former Deputy CM.

Another huge draw has been Lok Janshakti Party president Chirag Paswan who stunned all with his decision to go solo.

The 37-year-old began campaigning actively rather late, only after the customary mourning after the death of his father Ram Vilas Paswan was over on October 20.

The LJP chief has, thereafter, hit the streets with a vengeance canvassing for his candidates, a sizeable chunk of whom happen to be rebels from the BJP and the JD-U which he has vowed to dislodge from power in the state while proclaiming loyalty towards the saffron party.

Besides, Union Finance Minister Nirmala Sitharaman flew down to release the BJP manifesto which promised, among other things, free corona vaccination.

Altogether 1,066 candidates are in the fray for the first phase of elections, 114 of them females.

The 71 constituencies going to vote on October fall in six districts, including naxal-hit Gaya, Rohtas and
Aurangabad.

Among the prominent parties while RJD is contesting on 42 of the 71 seats in the first phase, JD-U candidates are in 41 constituencies, BJP (29), Congress (21) and LJP nominees are in fray at 41 places. 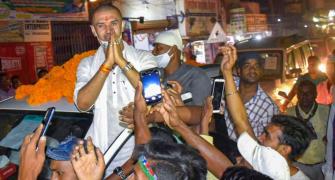 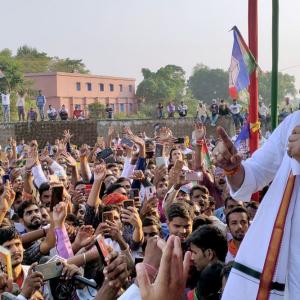