The ruling ‘Mahagathbandhan' in Bihar received a setback on Thursday when it lost the Kurhani assembly seat to the Bharatiya Janata Party, a party Chief Minister Nitish Kumar broke up with barely four months ago. 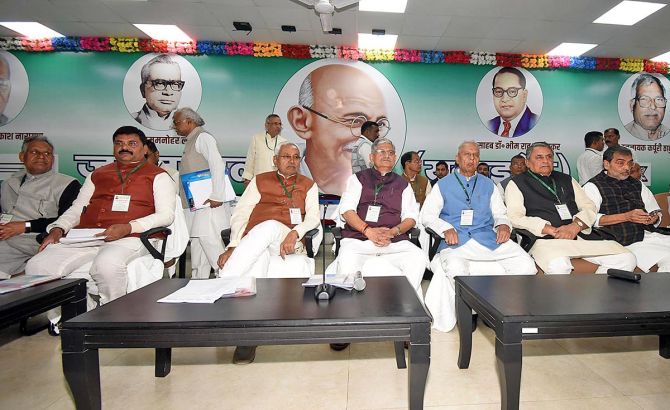 The by-election was necessitated by the disqualification of Anil Kumar Sahani of the Rashtriya Janata Dal, which helms the multi-party ruling coalition and had supported the JD-U this time.

Both Kushwaha and Gupta had won the seat in the past for their respective parties.

The BJP has been down in the dumps in the state since it got stripped of power and lost out Kumar, its largest ally nationally, to the ’Mahgathbandhan’ in August following accusations of attempts to split the JD-U.

The saffron party, which is the second largest in terms of numerical strength in the assembly, was predictably chuffed at the win which raises its tally to 78, just one less than that of the RJD.

”It is a massive victory,” insisted Nikhil Anand, a journalist-turned-politician who is also a spokesman of the state BJP, claiming that ”the JD-U had fielded not one but two dummy candidates to buttress its own position. But it proved to be of no avail.”

According to Anand, the Vikassheel Insaan Party (VIP) of former minister Mukesh Sahani, formerly a BJP protégé, and Asaduddin Owaisi's AIMIM which is often charged with being the saffron party's ’B team’ were in the by-poll ”trying to ensure the victory of the JD-U candidate”.

"The VIP was expected to cut into votes of he Nishad community to which its founding president belongs and which has a sizeable population in Muzaffarpur district under which Kurhani falls. But the BJP has been fielding Ajay Nishad from Muzaffarpur Lok Sabha seat and winning for the last couple of terms and our support base remained intact,” claimed the saffron party leader.

"VIP's strategy of fielding a Bhumihar was another ploy to make dent in the BJP's core support base. Besides, the AIMIM's Mohammed Ghulam Murtaza is an old aide of Manoj Singh Kushwaha, handpicked by the party to help the chief minister's outfit,” the BJP leader told PTI.

Notably, in the cliffhanger of a contest which saw candidates of BJP and JD-U remaining neck and neck until the final three rounds, the VIP candidate, besides two Independents, Shekhar Sahani and Sanjay Kumar, polled a number of votes that was higher than the margin of victory.

Interestingly, even the number of those opting for NOTA (4,446) was greater than the victory margin while the AIMIM polled a slightly lower number of 3,202 votes.

It was essentially a straight contest between the two main contenders, though, as they together got nearly 1.49 lakh of the total of 1.75 lakh votes.

”At the outset, it seems local factors trumped the achievements of the government in the by-election. During campaign, we got the feeler that all were full of praise for the leadership of Chief Minister Nitish Kumar. The acceptability of the Mahagathbandhan was also evident in all sections of society,” Chaudhary said in a statement.

”At some places, we did come across some resentment because of issues of panchayat level. We thought that the people will rise above local concerns and vote for the JD-U in the interests of the state," he added.

The JD-U leader, whose party supremo has embarked upon forging ”opposition unity” to take on the BJP in the 2024 Lok Sabha polls, refrained from commenting on the saffron camp's massive victory in Gujarat but maintained that ”the BJP's defeat in Himachal Pradesh is a bad sign. Assembly polls there had been fought with the prime minister as the party face.”

Meanwhile, the CPI-ML-Liberation, which is a part of the Mahagathbandhan but supports the government from outside, had a word of caution.

"Mahagathbandhan must keep hubris at bay. It is pitted against the BJP which is adept at deep-rooted conspiracies. By-poll outcome also shows a division in anti-BJP votes. This is not to be taken lightly," the CPI-ML-L's state secretary Kunal said in a statement.
Source: PTI© Copyright 2023 PTI. All rights reserved. Republication or redistribution of PTI content, including by framing or similar means, is expressly prohibited without the prior written consent.
Print this article 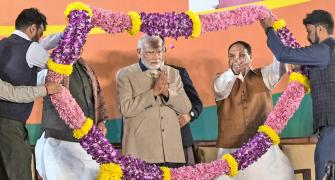 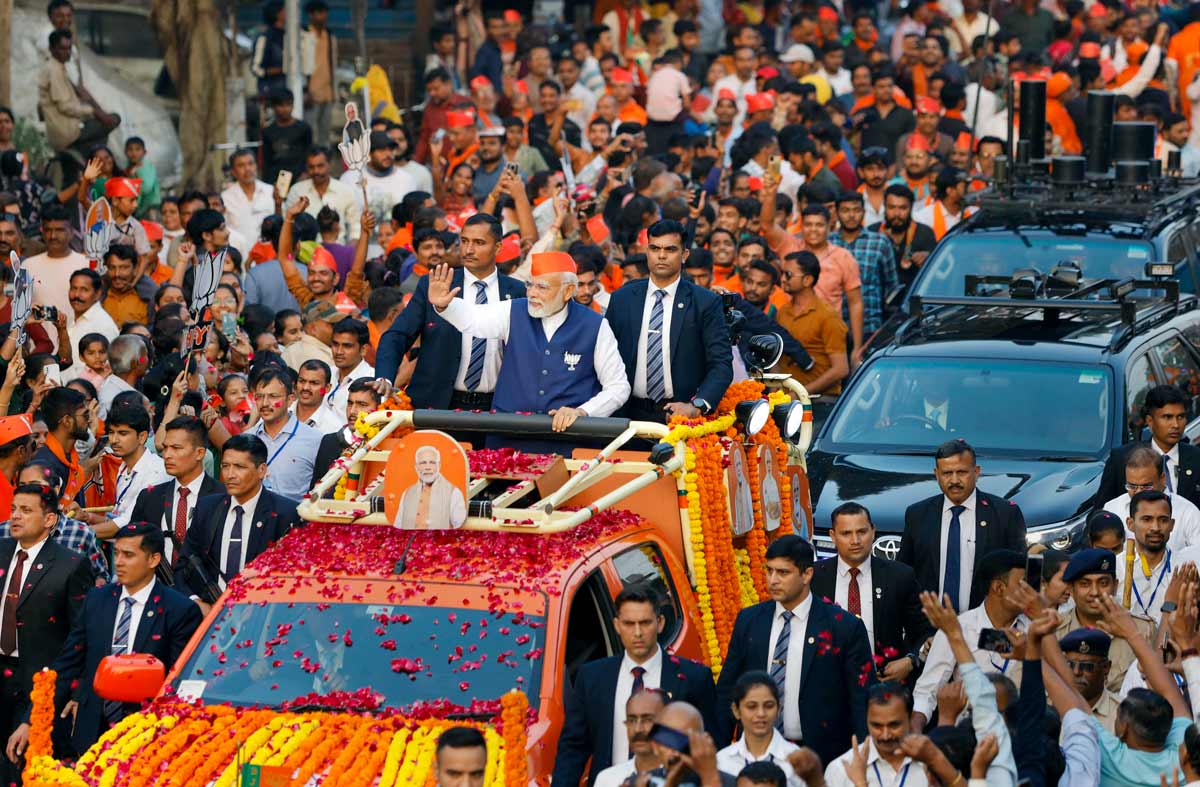 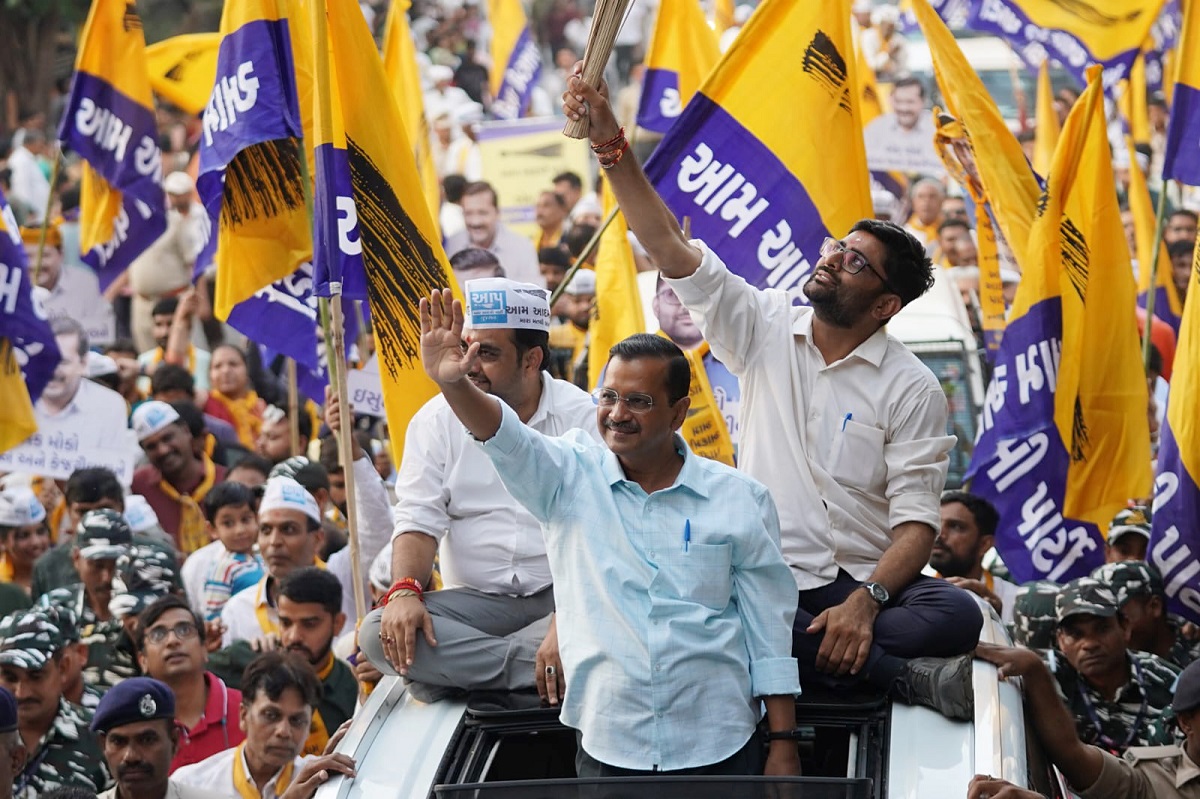