A Border Security Force jawan allegedly killed his colleague with his service weapon before turning the gun on himself when the two were on patrolling duty on the border with Pakistan, police said on Tuesday.

Sharing more details, DSP Daljit Singh Dhilon said, "Sunil Kumar approached his colleague Mahesh Kumar in a fit of rage while on duty and all of a sudden opened fire, killing him on the spot.

"Before anybody could understand, Sunil then shot himself with the same service rifle," the DSP added.

Police said it would be too early to comment on the case as the matter was under investigation to ascertain what might have enraged Sunil to make him take such an extreme step.

The DSP revealed that the two deceased belonged to the same Rewari district of Haryana and "were very good friends. (They had) joined BSF together and underwent training jointly".

The BSF itself was investigating the matter with an official saying that, "some family reasons might be there between the two friends but the matter is under probe".

It is learnt that Sunil had got married a year ago and was recently back from a three-month vacation.

The bodies of the two soldiers have been sent for autopsy. 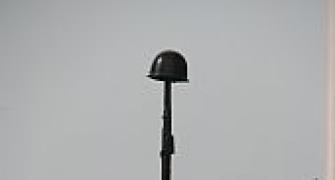 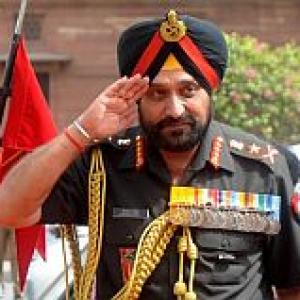 Indian Army is prepared to face all challenges: Gen Singh