The Border Security Force on Wednesday detected a suspected underground cross-border tunnel in Samba district of Jammu and Kashmir, nearly a fortnight after security forces gunned down two suicide bombers of Jaish-e-Mohammed outfit who had infiltrated from Pakistan, officials said. IMAGE: The suspected underground cross-border tunnel that was detected by BSF in the general area close to fencing in Samba, near Jammu, May 4, 2022. Photograph: ANI Photo

Deputy inspector general of BSF (Jammu) SPS Sandhu said a small opening, believed to be a suspected tunnel, was found in a general area near fencing in Samba.

“Due to darkness further search could not be carried out. Detailed search will be carried out early in the morning at first light,” Sandhu, who is the public relations officer of the force, said, sharing a few pictures of the suspected tunnel.

However, BSF sources said the suspected tunnel was detected by the troops during the ongoing anti-tunnelling drive in the border outpost area of Chak Faquira around 5.30 pm.

BSF has launched a massive drive to detect any tunnel all along the International Border following the April 22 encounter in Sunjwan area of Jammu when two heavily-armed JeM terrorists, wearing suicide vests, were eliminated in an encounter after they attacked a bus carrying Central Industrial Security Force personnel.

An Assistant-sub inspector of CISF was killed and nine security personnel, including two policemen, were injured in the encounter.

The subsequent investigation led to the arrest of three conspirators including a truck driver and his helper who transported the Pashtu-speaking terrorists from Sapwal border in Samba district to Jammu in the middle of the night the previous day. 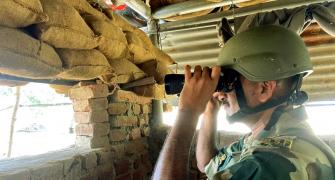 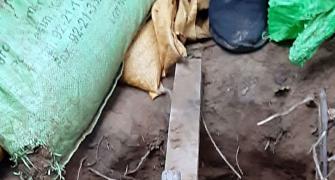 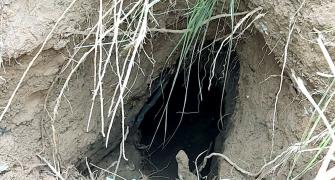 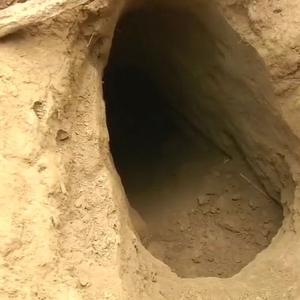 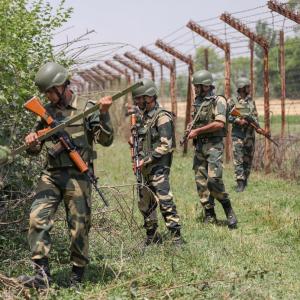