The Border Security Force has detected a tunnel, originating from Pakistan, just beneath the Indo-Pak international border fence in Jammu, officials said on Saturday. 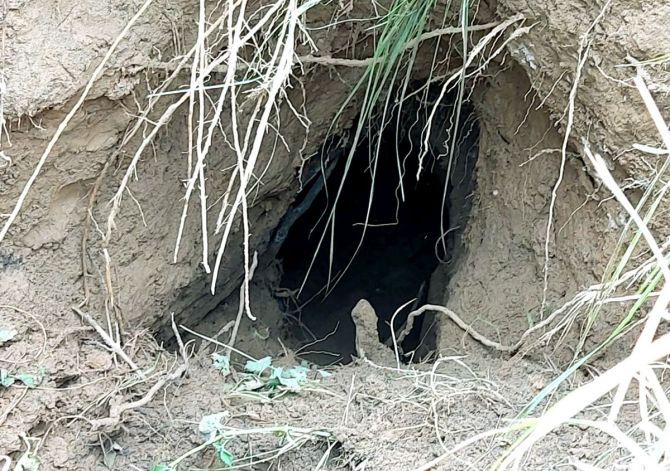 IMAGE: A tunnel has been found by Border Security Force in Samba. The tunnel starts in Pakistan along the border and ends in Samba. Photograph: ANI Photo

The force has launched a major search operation in the area to look for other such hidden structures that aid infiltration even as it analyses the about 3-4 feet wide structure that could be used for pushing terrorists and smuggling of narcotics and arms, they said.

BSF Director General Rakesh Asthana has directed his frontier commanders to ensure that the anti-infiltration grid is intact and there are no gaps along this front, they added.

The tunnel, about 50 metres from the border fence on the Indian side, was located by a BSF patrol on Thursday in the Galar area of Samba sector in Jammu.

The force found that 8-10 plastic sandbags stuffed in the tunnel's mouth had "Pakistani markings" on them, officials said.

A senior official said BSF troops got suspicious after noticing the sinking of earth at some places in a farmer's field due to recent incessant rains.

An earth moving machine was immediately pressed into service to completely unearth the tunnel that is about 170 metres from the IB on the Indian side, the official said.

Spot inspection revealed that the tunnel was under-construction and about 20 feet-long, officials said.

The tunnel, as per sources, has a depth of about 25 feet at the opening and has been located near the 'whaleback' border post of the BSF.

The green-coloured plastic bags have markings of 'Karachi and Shakargarh' factories on them and the bags have a manufacturing and expiry date embossed that indicate they have been manufactured recently, officials said.

The nearest Pakistani border post 'Gulzar' is about 700 metres from the tunnel, they said.

The BSF pointed at the "deep connivance" of Pakistan in aiding infiltration along this front.

"With this detection, alert BSF troops foiled the nefarious design of Pakistan to infiltrate terrorists into Indian territory. The tunnel's origin is in Pakistan territory close to IB."

"Efforts of alert BSF troops deployed in our multi-tiered counter-infiltration grid once again resulted in neutralising the evil designs of terrorists in deep connivance with Pak establishments," the Jammu frontier of the force said in a statement.

There have been "regular inputs about the presence of terrorists in Pak border villages desperately looking for infiltration into Indian territory but vigilant BSF troops foiled desperate attempts of anti-national elements to infiltrate and carry out terrorist actions in India," it said.

"Seeing the long tunnel, I can say that the Pakistan establishment surely has has a hand and has knowledge of it.

"The date mentioned on the sandbags suggest that the tunnel has been freshly dug. We are investigating it further," Jamwal told reporters.

The force has been conducting a mega 'anti-tunnel drive' in the IB areas of Jammu and other places after five armed infiltrators were recently killed by it along this front in Punjab.

The entire BSF formation deployed across the 3,300 km International Border that runs along Jammu, Punjab, Rajasthan and Gujarat is on extra alert as there are multiple intelligence inputs of terrorists trying to breach the IB and infiltrate into India, officials said.

The border force is also looking at deploying ground penetrating radars to detect tunnels along this sensitive front which is prone to infiltration by terrorists from Pakistan and cross-border smuggling of arms and narcotics.

Tunnels have been detected by the BSF along the Jammu border front earlier too.

The BSF, in June, had shot down a hexa-drone with a payload of five-and-a-half kilogram including a sophisticated US-Made M4 semi-automatic carbine and seven Chinese grenades along the Jammu IB in Kathua district. 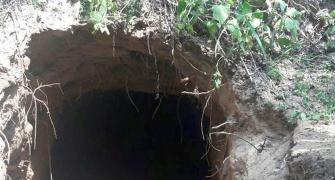 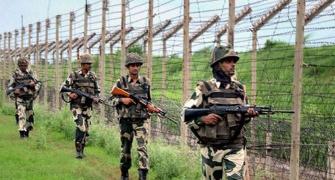