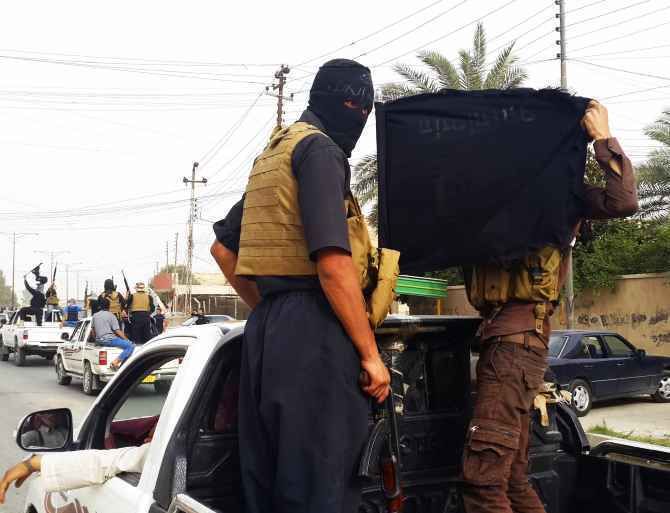 Nine British nationals, including women and children, have been detained in Turkey after allegedly trying to enter Syria amid fears the 'family' may have travelled there to join the dreaded Islamic State militant group, triggering a probe by authorities.

The five adults -- three men and two women aged between 21 and 47, and four children aged one, three, eight and 11 are thought to be related from the same family based in Rochdale town in northern England.

"They are expected to be returned to the United Kingdom in due course," the Greater Manchester police said. The group was held at Reyhanli, in Hatay province, near the Syrian border.

Their intention in travelling to the region, where the IS militants have carved out an area of control, was not immediately clear. The UK foreign office has said it is in contact with the Turkish authorities.

Mohammed Shafiq, chief executive of the UK's Ramadhan Foundation, described the news as "worrying". "As someone from Rochdale, we are working very hard to identify the individuals and the reasons for going to Syria... The idea you can take young children into a war zone is despicable and we condemn those adults who have done this," he said in a statement.

"We support Greater Manchester police's investigation and urge all British Muslims to refrain from travelling to Syria… IS is a barbaric and evil terrorist entity and we reject their violence and killing," he said.About 600 Britons are believed to have gone to

Syria or Iraq since the IS seized control of large swathes of territory there.

Most are thought to have volunteered as fighters for the militant Islamist group. Around half are believed to have later returned to the UK, the Scotland Yard has said. The latest detentions come two weeks after three British teenagers were stopped from travelling into Syria from Turkey.

The three -- two aged 17 and one 19, from northwest London -- were arrested following a tip-off from the British police and flown back to the UK. They have since been released on police bail.

They had flown to Turkey from Barcelona and were arrested at Sabiha Gokcen airport in Istanbul. In February this year, there was tension between British police and Turkish officials after three London schoolgirls disappeared from Turkey, apparently having  crossed the border into Syria.

Shamima Begum, Amira Abase, both 15, and Kadiza Sultana, 16 had flown to Istanbul and travelled to the border region. Turkish officials said they had not been warned promptly enough by British police to intercept them, while the Scotland Yard denied this.

There has been growing cooperation between the two forces since.