The Bharatiya Janata Party's C R Patil came close to shattering the all-time record of victory margin in a parliamentary election when he defeated his Congress rival in the Navsari Lok Sabha seat in Gujarat by a difference of 6.89 lakh votes -- the highest in the 2019 polls. 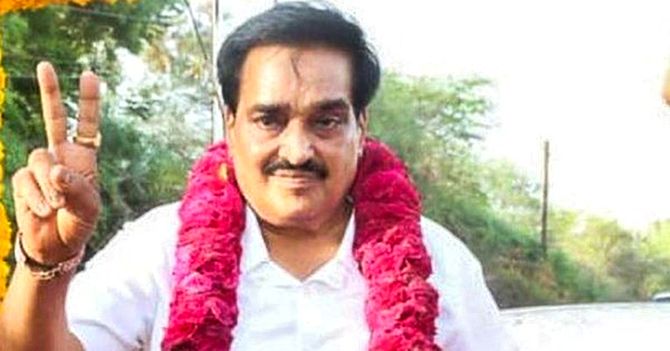 His margin was just a shade lower than the 6.96 lakh record set by Pritam Munde in October 2014 when she won the by-election to Beed seat in Maharashtra after the untimely death of her father and former Union minister Gopinath Munde.

The lowest margin of victory, too, was with a BJP candidate when Bholanath managed to win the Machhlishahr seat in Uttar Pradesh by only 181 votes.

So, the feat of winning a parliamentary constituency by both the highest and the lowest margin in the Lok Sabha poll belongs to candidates of the BJP which emerged victorious by winning 302 seats out of the 541 of which the results were declared till afternoon.

Patil has party colleagues Sanjay Bhatia, Krishan Pal and Subhash Chandra Baheria in the 6 lakh-plus club, while about a dozen other candidates have won by over 5 lakh margin.

Prime Minister Narendra Modi widened his victory margin to 4.79 lakh votes when he defeated his nearest rival of Shalini Yadav of Samajwadi Party in Varanasi parliamentary constituency. In 2014, he had defeated Arvind Kejriwal by 3.71 lakh votes.

Bholanath is followed by Nationalist Congress Party candidate from Lakshadweep Mohammed Faizal P P, who defeated his near rival by 823 votes.

Besides, five other candidates won by less than 2,000 votes included former chief minister of Jharkhand Arjun Munda of the BJP and Aparupa Poddar (All India Trinamool Congress).

Others like Chandeshwar Prasad of the Janata Dal-United won Jahanabad (Bihar) seat by 1,751 votes, and V Srinivas Prasad of the BJP defeated his Congress rival by 1,817 votes.

The BJP got winners with huge margins primarily in Gujarat, Rajasthan, Delhi and Madhya Pradesh which it swept defeating nearest Congress rivals.

In the results declared by the Election Commission on Thursday, Sanjay Bhatia won the Karnal constituency in Haryana by a margin of 6.56 lakh votes, while his party colleague Krishan Pal won Faridabad in the same state by 6.38 lakh votes.

With his party sweeping Rajasthan, Subhash Chandra Baheria of the BJP won the Bhilwara seat in the state by 6.12 lakh votes.

Shankar Lalwani, who contested from Indore in Madhya Pradesh on BJP ticket after Lok Sabha Speaker Sumitra Mahajan opted out of the race, defeated his nearest Congress rival by a margin of 5.47 lakh votes. Mahajan, an eight-time Lok Sabha MP, had in 2014 won the seat by 4.67 lakh votes.

Contesting for the first time, Ramakant Bhargava, standing in from Vidisha in Madhya Pradesh after External Affairs Minister Sushma Swaraj opted out, won by 5.03 lakh votes, a lakh vote higher than victory margin in 2014 elections.

In Madhya Pradesh's Hoshangabad constituency, Uday Pratap Singh returned to the Lok Sabha by a margin of 5.53 lakh votes.

During the 2014 general elections, Prime Minister Narendra Modi won his Vadodara seat with the highest margin. He defeated his nearest rival by a huge margin of 5,70,128 votes. He, however, resigned from the seat and retained Varanasi parliamentary constituency where victory margin was 3,71,784.

The second-biggest victory margin was of General V K Singh (BJP) from Ghaziabad constituency with winning difference of 5,67,260 votes. The former army chief was followed by C R Patil (BJP), who had won Navsari seat in Gujarat, with a margin of 5,58,116 votes. 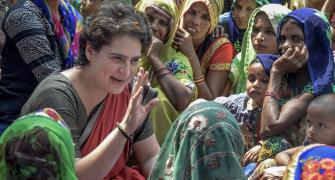 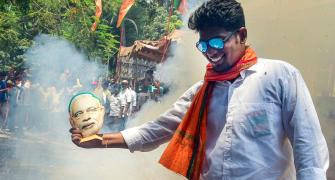 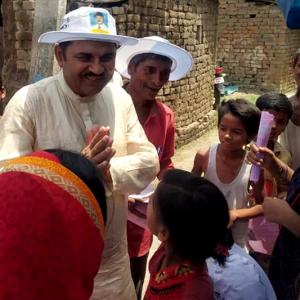