While his party binds the people of India, the Bharatiya Janata Party-Rashtriya Swyamsevak Sangh divides them and spreads hatred, Congress president Rahul Gandhi has said. 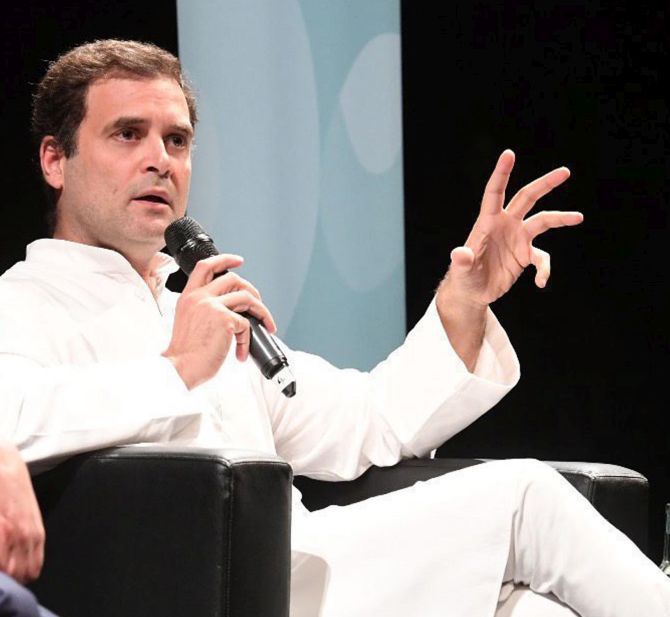 Addressing the Indian diaspora at a function organised by the Indian Overseas Congress in Berlin on Thursday, he said the Congress's thought of "unity in diversity" came from the times of Guru Nanak Dev.

Taking on the BJP-led National Democratic Alliance government in India, Gandhi said while long speeches were being given and hatred was being generated, farmers continued to commit suicide and youngsters were unable to see a future for themselves.

"The Congress belongs to all, works for everyone and our work is to spread the thought of unity in diversity. Today, the government in India is working differently," he said.

Gandhi said India's competition was with China and jobs would either go there or come here.

"The BJP-RSS people are dividing our own people. They are spreading hatred in our own country. Our job is to bring the people together and take the country forward and we have shown how to do it," he said.

The Congress chief once again claimed that while China gave jobs to 50,000 people in 24 hours, India gave employment to only 450 people in the said period.

"There are long speeches, spewing of hatred, but farmers are still committing suicide and the youth cannot see a future.

"We want India to go forward and you will never hear of any Indian spreading hatred or anger anywhere. This is our culture, this is your culture," he said.

Gandhi also noted that his thoughts emanated from those of Guru Nanak Dev, the first Sikh guru, and thanked the members of the Indian community living in Germany, many of whom are from Punjab, for supporting the Congress and helping the party form government in the state.

He told them it was their government in Punjab and his doors were open to them in case they needed something.

"When we needed you, you stood with us and helped us form our government in Punjab. A friend in need is a friend indeed and you have been true friends," he told the gathering.

The Congress chief also mentioned that a German MP had told him Europe's strength was unity in diversity.

"I thought, you are saying this today, we have been speaking of unity in diversity from the times of Guru Nanak. Our strength is listening to everyone, even the weakest, the poorest person. Every Indian religion talks about helping the last man in the line," he said.

Gandhi also cited the "langar" concept in Sikhism, which follows the philosophy that no one should go hungry, no matter how weak or poor.

"The work Guru Nanak used to do, we work on the same philosophy," he said.

The Congress chief was accompanied by party leaders, including Punjab Chief Minister Amarinder Singh's wife Preneet Kaur, who has been an MP and a Union minister in the past.

Gandhi, who was on a two-day visit to Germany, will now head to the UK, where he is scheduled to address the students of the London School of Economics tonight and then the Indian Overseas Congress a day after. 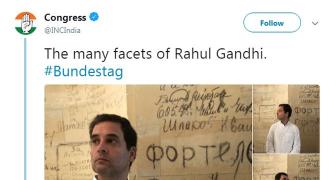 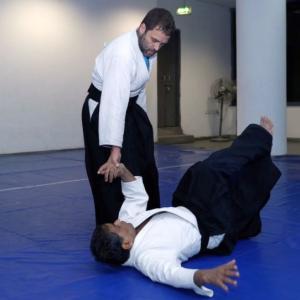