Prime Minister Narendra Modi on Monday asserted that the Bharatiya Janata Party governments at the Centre and the state would continue to protect Jharkhand's 'jal', jungle and 'zameen' (water, forest and land). 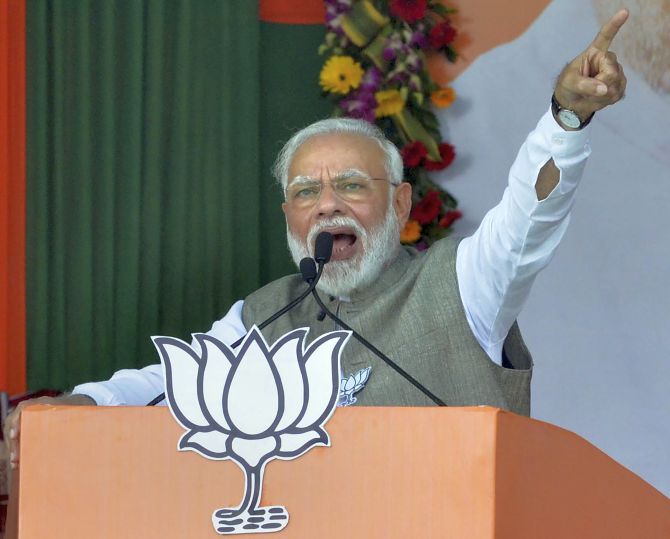 Addressing a poll meeting Daltonganj, the prime minister congratulated chief minister Raghubar Das for completing his five-year term, a first in Jharkhand since it attained statehood in 2000.

Condemning last week's Naxal violence in the poll- bound state, the PM also paid tribute to the four policemen who were killed in the attack.

"The BJP govt has provided good governance in Jharkhand over the past five years. That is why, for the first time in the state's history, a chief minister completed his five-year term," he noted.

Modi insisted that the Jharkhand government had worked day and night to end corruption over the last five years.

"The BJP governments at the Centre and the state will continue to protect Jharkhand's 'jal', jungle and 'zameen' (water, forest and land), no matter what the opposition says. The state has made efforts to curb naxalism in the state and will continue to fight against the menace," he added. 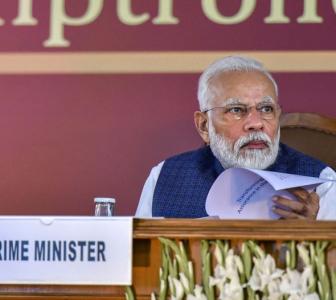