"I never had the desire to enter politics, but now that I am a part of it I give my best on how to work for the people," Prime Minister Narendra Modi said on Sunday. 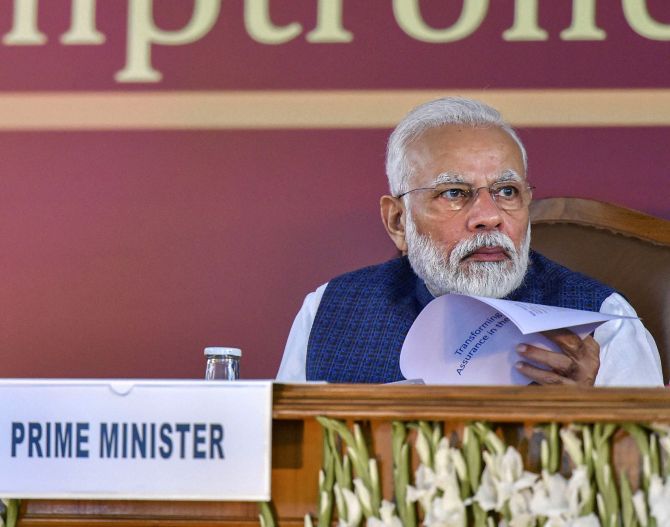 Interacting with a group of National Cadet Corps cadets during his "Mann ki Baat" radio programme, Modi also said that as an NCC cadet in his school days, he never got punished.

Modi admitted that "due to Google", his reading habits have suffered as there is a shortcut available to find references.

When one of the cadets asked him "had you not been a politician, what would you have been," Modi described it as a "difficult question".

He said but now that he is a politician, "I keep thinking how I can work for the welfare of the country."

The thought that had he not joined politics, what would he be doing never crosses his mind, Modi said.

"Now, wherever I am, I should live life to the fullest and I should wholeheartedly work for my country ... I have now dedicated myself for this purpose only," he said.

Responding to a question on whether he gets time to watch television and read books, he said he was always fond of reading.

He had little interest in watching films and he watches very little TV.

"I used to read books. But these days I am unable to read and due to Google, the habit of reading has deteriorated because if you want to seek a reference, then you immediately find a shortcut. As is the case with everyone, certain habits of mine have also been
spoilt," he said.

In response to a question on his NCC days, he said he was never punished "because I was in a way quite disciplined."

He said once a misunderstanding had crept up when he climbed a tree at an NCC camp to save a bird entangled in a kite string.

People first though he would be punished for indiscipline but his action later earned him praise, he recalled.

During the programme, the PM also talked about the significance of Armed Forces Flag Day on December 7.

He said on the basis of feedback, the 'Pariksha Pe Charcha' programme will be held earlier, sometime in January.

Last year students had complained that the programme was held just before examination, he said. 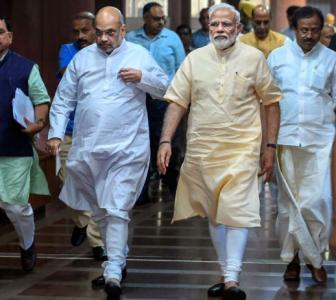 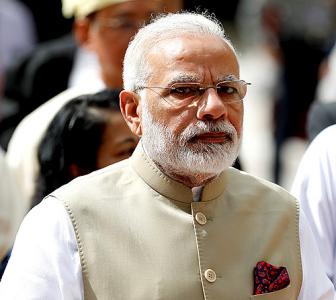