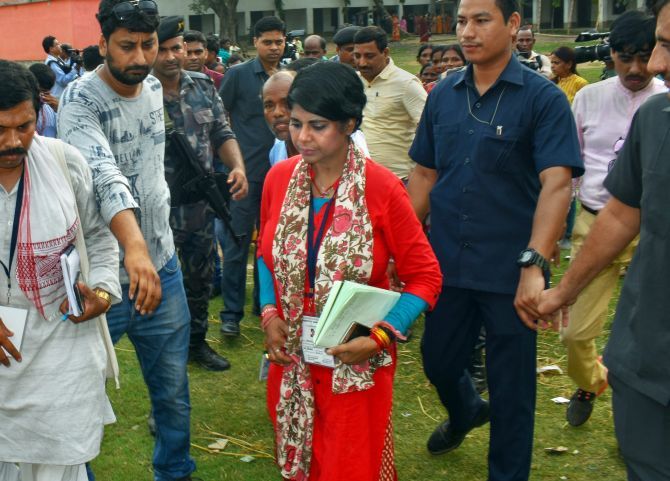 Bharatiya Janata Party candidate Bharati Ghosh was allegedly attacked twice by local people when the former Indian Police Service officer tried to visit polling stations in her Ghatal Lok Sabha constituency on Sunday when the sixth phase of polling was underway there.

One of her security guards was injured in stone pelting in one of the two incidents of attack.

The state Chief Electoral Officer has sought reports from the West Midnapore district magistrate about the incidents.

Ghosh suffered minor injuries when a group of women allegedly attacked her when she tried to take one BJP agent inside a polling booth at Keshpur area in the morning, officials said.

Following this, bombs were hurled and stones were pelted towards the former IPS officer's convoy when she was going to visit another booth at Dogachia in Keshpur after receiving complaints of rigging there.

One of her security guards was injured and a vehicle was damaged in the stone pelting following which the security officers restored to lathi-charge, the officials said.

It was also alleged a Trinamool Congress worker was injured in firing by central forces who were with the BJP candidate who, however, denied the charge. 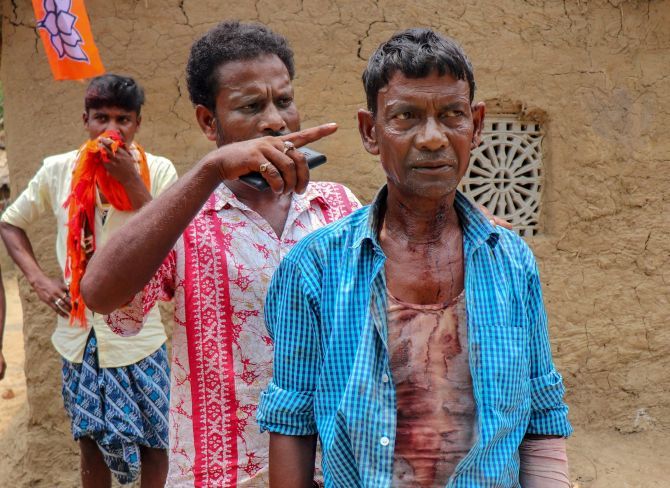 IMAGE: A BJP member shows injury sustained after an alleged attack by TMC workers during the sixth phase of Lok Sabha elections, in Burdwan, on Sunday. Photograph: PTI Photo

"This is a deliberate attempt by the Trinamool Congress to stop me. They attacked me and I am injured. That my security guards have fired is an absolute lie," Ghosh told PTI when contacted.

A senior election official said, "We have sought a report from the district magistrate over the alleged attacks on the BJP candidate. Once the report arrives, we will take the necessary step."

The state CEO also sought a report after Ghosh was seen videographing inside a polling booth at Pikurda in Keshpur.

State minister and TMC leader Firhad Hakim claimed that the BJP restored to violence when the polling was going on in a peaceful manner.

"This is nothing but a ploy to disturb the peaceful polling process. When the BJP is losing its ground in West Bengal it is trying to create an atmosphere of violence. Both the candidates of BJP, Bharati Ghosh and Dilip Ghosh, are trying to disrupt peace on the polling day. They have nothing to do. Both know that people have rejected them," Hakim told PTI.

Ghatal's sitting MP Deepak Adhikary of the Trinamool Congress claimed that local people resisted because of Ghosh's bad attitude towards them.

"She is a former IPS officer and knows what to do and what not to. She is trying to break the law. I will ask her and every other candidate as well as the voters to stay calm. Polling should happen peacefully," Dev told PTI.

BJP state president Dilip Ghosh said this is not for the first time that Bharati Ghosh was attacked.

"Since the TMC failed to stop her politically, it is trying to physically harm her," he said.

The Election Commission has deployed a total of 770 companies of central forces in the eight Lok Sabha seats, including Ghatal, where polling is underway. 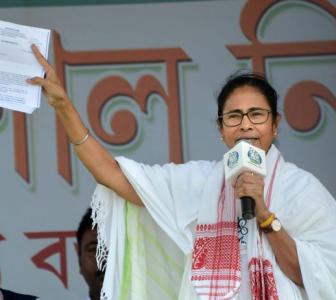 Didi or BJP: Who will win Bengal?
Sai's Take: Mamata's fury
What venom! What vilification! 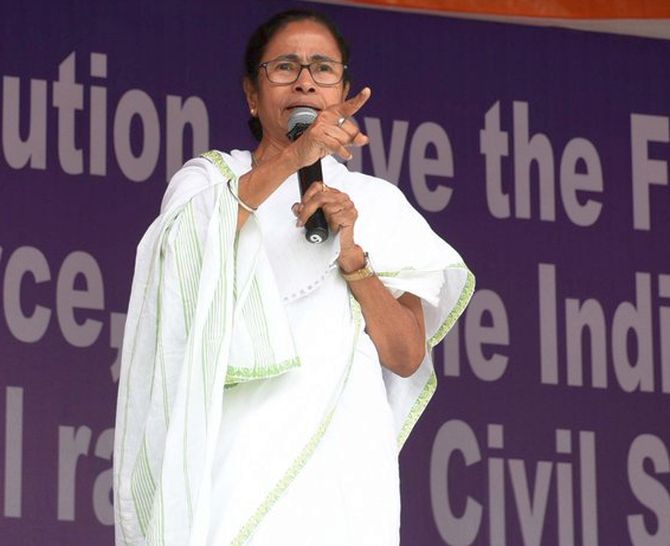