A 35-year-old flood victim was killed and four injured in a police lathicharge in Sonbarsa block of Saharsa district, Bihar on Sunday.

A group of flood victims were protesting against the lack of relief materials and irregularities before the local administration.

The police took to lathicharge to disperse them. In the lathicharge, a villager was killed after severe head injuries and four others were injured.

"A man was killed in the police lathicharge and few persons were also injured. A police inspector of the local police station was suspended for the death of a flood victim," Sarharsa Superintendent of Police Kunwar Singh told rediff.com over phone.

Some policemen were also injured in stone-pelting by the flood victims.

Singh, however, said that police resorted to lathicharge against protesting flood victims when they pelted stones at the police.

The state government has announced a compensation of Rs 1 lakh to the kin of the deceased.

Faced with food shortage and the failures of state government to provide relief materials, the flood victims have blocked road and attacked local administration officials at places. 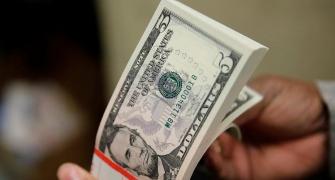