A Pakistani anti-terrorism court on Friday remanded Pervez Musharraf to the physical custody of the Federal Investigation Agency till April 30 in the assassination of former prime minister Benazir Bhutto in 2007.

During a brief hearing at the anti-terrorism court in Rawalpindi, Judge Chaudhry Habib-ur-Rehman accepted the FIA's request to be given physical custody of the 69-year-old former military ruler.

The FIA's lawyers told the judge that they wanted physical custody of Musharraf so that he could be questioned in connection with the probe into Bhutto's assassination.

The judge directed the FIA to produce Musharraf in court again on April 30.

Official sources told PTI that Musharraf would continue to be held at his farmhouse on the outskirts of Islamabad, declared a "sub-jail" by authorities, while he is questioned by a joint investigation team of the FIA.

The judge rejected a request from Musharraf's lawyers for changing the joint investigation team, officials said.

Musharraf was driven in a motorcade from his residence to the anti-terrorism court shortly before 10 am. Scores of policemen and armed paramilitary troopers were deployed at the court complex to deter protests against the former dictator.

During Musharraf's last appearance at the same court earlier this week, several persons were injured when the former president's supporters clashed with lawyers.

The media was barred from the courtroom during Friday's proceedings. Footage on television showed Musharraf's motorcade leaving the court complex after the proceedings.

Musharraf was formally arrested by the FIA on Thursday after the anti-terrorism court directed investigators to include him in the probe into the 2007 assassination.

The FIA officials asked Musharraf why Bhutto was not provided adequate security by his regime when she returned to Pakistan from self-exile in 2007, Geo News channel reported.

Musharraf reportedly said Bhutto was provided complete security and refused to accept allegations made against him.

Special prosecutor Chaudhry Zulfiqar Ali said the joint investigation team would question Musharraf on two issues -- making a threatening phone call to Bhutto and sending an email that warned her not to return to Pakistan, and failing to provide adequate security to Bhutto after she came back to the country.

Musharraf's failure to provide adequate security to Bhutto "indirectly facilitated and helped terrorists in executing their plan to murder" her, Ali said.

Musharraf will also be quizzed on why he did not respond to five letters from Bhutto seeking foolproof security ahead of her return to Pakistan.

The joint investigation team is expected to complete questioning Musharraf by May 3.

Bhutto was assassinated by a suicide bomber after addressing an election rally in Rawalpindi in December 2007.

Musharraf was arrested and detained at his villa last week after the Islamabad high court revoked his bail in a case related to the detention of over 60 judges during the 2007 emergency.

He returned to Pakistan last month after nearly four years of self-exile, promising to "save" the country from economic ruin and militancy.

However, he was barred from running in the May 11 general election, which will mark the first democratic transition of power in Pakistan’s history. 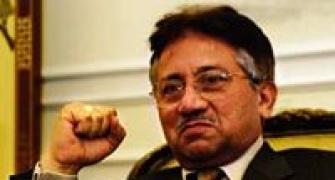 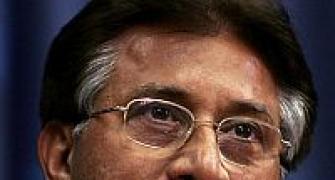 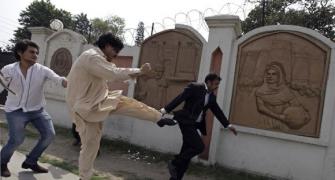 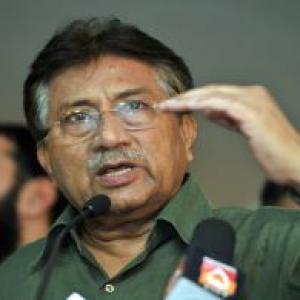 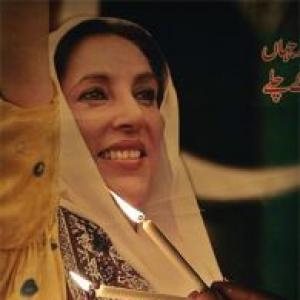 Musharraf to be grilled on Bhutto assassination