Bhupendra strikes conciliatory note with Nitin Patel ahead of swearing-in

Gujarat Deputy Chief Minister Nitin Patel on Monday said he was not unhappy with the Bharatiya Janata Party's decision to select Bhupendra Patel as the state's next chief minister, soon after the CM-designate met him at his residence in Ahmedabad in the morning. 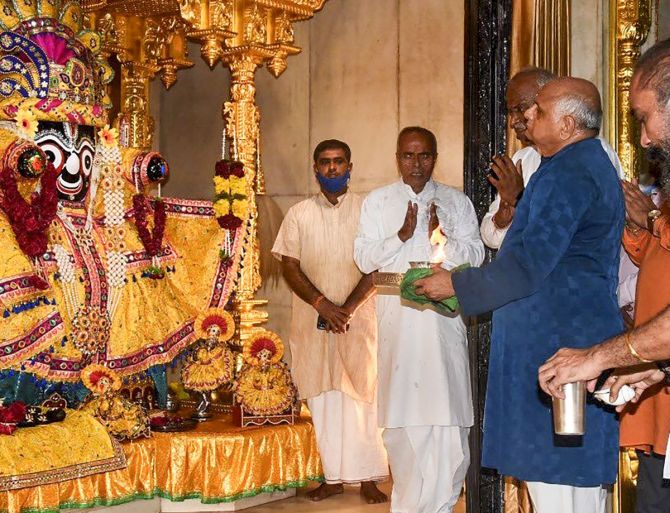 First-term MLA Bhupendra Patel, 59, will be sworn in as the state's 17th chief minister at 2.20 pm on Monday, an official said.

Amid speculation that he was unhappy with Bhupendra Patel being chosen as the next CM, Nitin Patel, while addressing a gathering in his home turf Mehsana on Sunday, said he has seen many ups and downs, and asserted that nobody can 'throw him out' as he lives in people's heart.

He missed the bus once again after 2016, when he was seen as the first choice for the top post before he was offered the post of deputy CM.

Nitin Patel was seen as a top contender for the post before the party gave the opportunity to Bhupendra Patel.

When reporters asked him on Monday if he was upset with the party's decision to select Bhupendra Patel as the next CM, Patel said, "Not at all. All this is your (media's) speculation....You (media) keep (saying this) because this is your profession."

The BJP leader said he has been associated with the party from the Jana Sangh days since he was 18 years old, and asserted that he will continue to remain with the party.

"Whether I get any position or not is not a big deal for me. What matters is people's love and respect. We are all brothers and sisters. Whoever has been selected as the next CM is one of our own, and we will continue to work together," Nitin Patel said, adding that he continues to remain a BJP worker, as the position is not important for him.

Bhupendra Patel called on the deputy chief minister at his residence on Monday morning.

Talking to reporters after the meeting, Nitin Patel said the CM-designate and he are friends and they share family relations.

He said he has known Bhupendra Patel since long and had even inaugurated his MLA office in Ghatlodia (Ahmedabad) after he won from that Assembly constituency.

"The party has given me big positions. I am ready to do whatever is required from me for the party, my community, party workers, or anybody in Gujarat," said Nitin Patel.

On Sunday, hours after the ruling BJP selected Bhupendra Patel as the new chief minister of Gujarat, Nitin Patel, while addressing a gathering during a function in Mehsana town, said in a lighter vein that he was not the only one who had missed the bus as there were 'many others' like him.

Asked whether his statement made on Sunday meant he was unhappy over not being made the chief minister, the deputy CM on Monday said politicians are required to first find a place in the hearts of people.

'Even if a man is a sarpanch of a small village or a big personality, he gets the support only when he finds a place in the hearts of the people. We give 182 tickets for (election as) MLAs and thousands of tickets in municipality elections, but not all win the election.

'For a man to achieve greatness, what is required is his connection with the party, party workers and people of his area. What I said is that a man remains big as long as he finds a place in the hearts of people,' the BJP leader said.

The MLA from Mehsana further said he served a legislator for six terms because of the blessings of people and party workers.

'It is our culture to pay the debt of all those who support us. This is what I said,' he added.

Lauding the BJP, Nitin Patel said he cannot describe in words what the party has done for him and 'there is no such pain in my heart' as speculated by the media.

"We have denied tickets to many MPs, MLAs, we have taken such decisions, because not everybody can get the position. As the party's senior worker, I accept what the party has decided for the future. My actions will teach thousands (about dedication to the party)," he said.

On a philosophical note, the deputy chief minister said 'the party, leadership, God and fate all work as per their time'.

"The party has given me positions in cabinet several times, made me the deputy chief minister, given me the important responsibilities of finance and Narmada (departments). I am happy that I have worked as a cabinet minister in the governments led by senior leaders like Keshubhai Patel, Narendra Modi, Anandiben Patel, and am a part of the party's parliamentary board. I have received a lot from the party, and there is nothing I need to comment," he said.

On his meeting with Bhupendra Patel at his residence, he said the CM-designate is his old friend, even since he was the chairman of the Ahmedabad Municipal Corporation's standing committee.

He said their families are invited to each other's places during social events.

The deputy CM also said he offered his best wishes to Bhupendra Patel on Sunday, soon after his name was announced for the top post.

He said he had to then leave for Mehsana for an event, where around 2,000 people in the gathering greeted Bhupendra Patel with a standing ovation when he asked them to do so and offered their best wishes to the CM-designate.

"He visited my house to meet me. I greeted him...I am there to offer any help that he requires from me," Nitin Patel added. 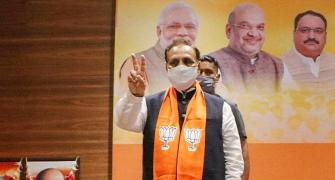 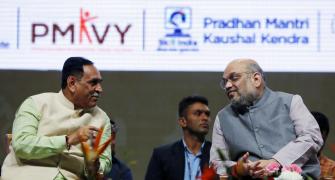 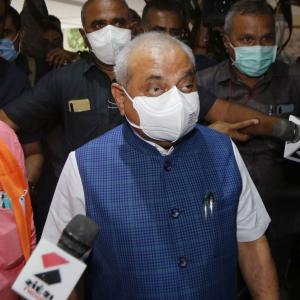 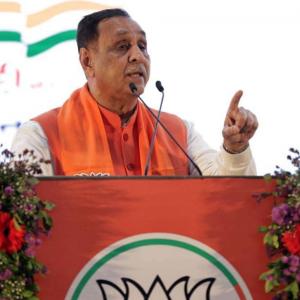