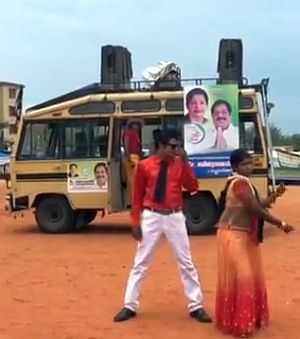 That elections in India are a colourful affair is a given. Candidates go to any extent to ensure they grab the voter's attention.

Ramesh's campaign has cut-outs of AIADMK supremo J Jayalalithaa aka Amma and her mentor, the late Tamil movie superstar MGR who ruled Tamil Nadu for 11 years.

What really draws the attention of voters in this high-profile constituency is a dancing troupe -- a man dressed up as MGR and a woman who has far from perfected her moves -- gyrating to hits from the MGR movies.

Ramesh, by the way, is the working president of the Kerala Bar Owners Association and was in the news some weeks ago for his alleged payment of a bribe of Rs 1 crore on the association's behalf to renew licences of all those bars forcefully shut down by Oommen Chandy's government. 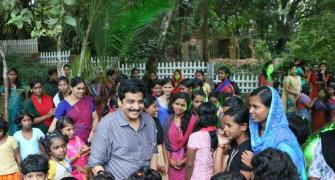 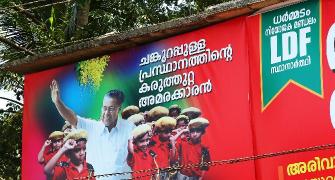 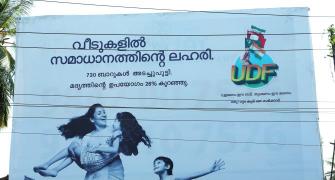 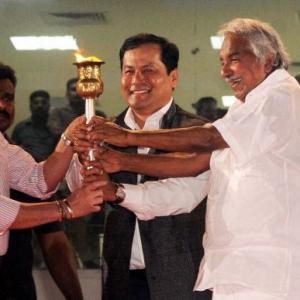