The Bharatiya Janata Party and its two Assam allies -- the Asom Gana Parishad  and the United People's Party Liberal -- on Wednesday 'almost finalised' their seat-sharing pact for the Assam assembly polls and a formal announcement will be made in a day or two, sources said. 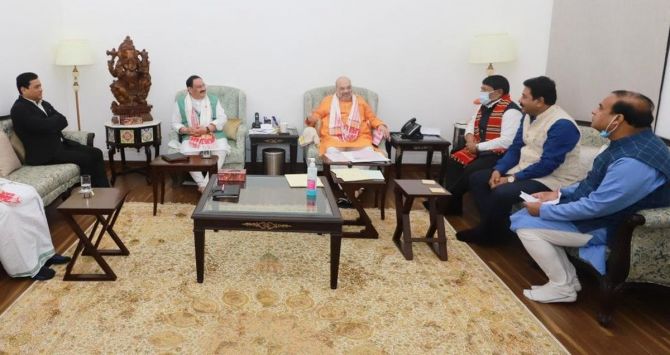 The 'agreement on 99 per cent' of the seats has been reached at a high-level meeting attended by Union Home Minister Amit Shah, BJP president J P Nadda, Assam Chief Minister Sarbananda Sonowal at Shah's residence, the sources said.

A formal announcement on the number of seats each party will contest will be made in a day or two, the sources said.

The BJP, which had won 60 seats in 2016, will contest the rest of the constituencies.

The Bodoland People's Front, which was part of the BJP-led alliance, had won 12 seats in 2016.

The BPF is no longer an alliance partner of the BJP and the regional party had recently joined the opposition Congress-led 'Mahajoot'.

After the joint meeting, the BJP leaders met separately at the residence of Nadda to scrutinise the list of the party's candidates for the polls.

The BJP Central Election Committee, comprising top leaders including Prime Minister Narendra Modi, is likely to meet on Thursday to approve the first list of candidates.

The UPPL president Boro is the chief executive member of the Bodoland Territorial Council, an autonomous body created under the Sixth Schedule of the Constitution, comprising the Bodo tribal dominated areas of Assam. 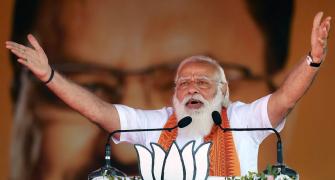 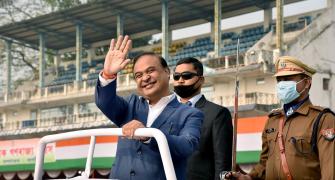 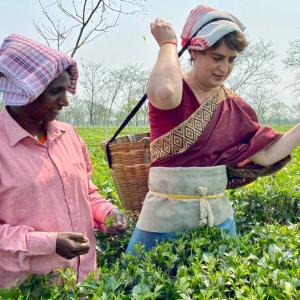 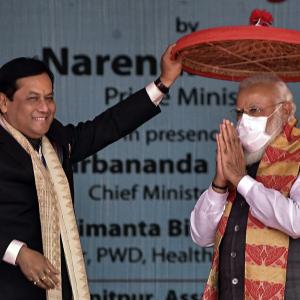