By K Anurag
October 02, 2012 21:17 IST
The Indian Air Force is expected to use one of its choppers to airlift a full-grown one-horned rhinoceros that is stranded on a sandbar near Sualkuchi in Assam in the bosom of the mighty Brahmaputra River.

The rhino had strayed from Pabitora Wildlife Sanctuary in the Kamrup district before it was swept ashore the sandbar at Sualkuchi by the strong current of the Brahmaputra River.

Assam's Forest and Environment Minister Rakibul Hussain said the only way that is left to save the rhino is to airlift it to safety. "Chief Minister Tarun Gogoi has taken the initiative and request the defence ministry to airlift the rhino stranded amid water through the Indian Air Force. The defence ministry has agreed to help and the IAF has already carried out mock drills for airlifting of the animal. We have to wait for the weather to improve a bit," the minister said.

Quoting opinions provided by wildlife experts, the minister said that the rhino would have to first be tranquilised before being airlifted. The rhino is now located on a swamp near the river water where tranqulising is not possible as the animal may show the tendency to run into water.

The rescue team is now patiently waiting for the rhino to head to a dry area located nearby for tranquilsing. "The animal weighs about two tons and looks healthy and airlifting is possible once it is tranquilised. Moreover, the weather has to improve for airlifting it," a senior wildlife official said.

Meanwhile, the forest department is looking for a suitable location nearby for airdropping of the rhino, as it may not be possible to airlift it from the sand bar near Sualkuchi to its original habitat -- Pabitora Wildlife Sanctuary -- at one go. 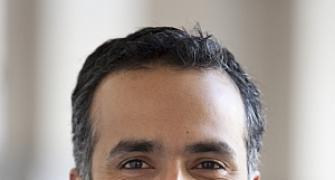 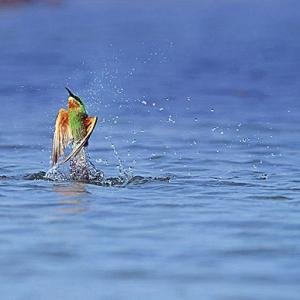