A small Arunachal sub-tribe has helped US scientists made a major breakthrough in tuberculosis research, giving them new insight on how TB remains a global epidemic causing 1.9 million deaths every year.

Studies carried on the people of Arunachal’s Idu-Mishmis tribe, suffering from this dreaded disease, have discovered a possible reason for the resistance of tuberculosis, said the scientists from the Stanford University and Forsyth Institute.

According to results of the study published in the prestigious Science Translational Medicine journal, this is because of the ability of the tuberculosis bacteria to infiltrate and settle down in a particular class of stem cell in the bone marrow.

By doing so, the bacteria take advantage of the body’s own mechanisms of self-renewal.

“Cancer scientists have noted that self-renewing stem cells like these in the bone marrow have properties -- such as natural drug resistance, infrequent division and a privileged immune status -- that make them resistant to many types of treatment,” said Dean Felsher, MD, PhD, professor of oncology and of pathology.

Not only did the scientists find genetic material from the bacteria inside the stem cells, they were also able to isolate active bacteria from the cells of human patients with tuberculosis who had undergone extensive treatment for the disease.

“We now need to learn how the bacteria find and infect this tiny population of stem cells, and what triggers it to reactivate years or decades after successful treatment of the disease,” said postdoctoral scholar Bikul Das, from the Stanford University, and lead author of the study.

The researchers and doctors conducted free general medical camps in five villages of Arunachal Pradesh in India and gave free medicines to all patients belonging to the Idu-Mishmis sub tribe.

This effort led to identification of individuals who had TB, and successfully completed drug treatment.

From these individuals, the team isolated the CD271+ stem cells, and found evidence of dormant TB bacteria in those stem cells.

The findings raise the possibility that other infectious agents may employ similar “wolf-in-stem-cell-clothing” tactics.

And, although any new human treatments are likely to still be years away, they suggest a new possible target in the fight against tuberculosis, which infects nearly 2.2 billion people worldwide.

The study was carried in collaboration with scientists from the Forsyth Institute in Cambridge; Hospital for Sick Children in Toronto; and RIWATCH (Research Institute of World’s Ancient Traditions Cultures and Heritage).

Ista Pulu, a Doctor belonging to Idu Mishimi community, and Vijay Swami, Director of RIWATCH are the co-authors of the paper.

Deepjyoti Kalita, a Doctor from Guwahati Medical College who participated in research study and Lab work at Roing is also a co-author from north east India.

The study as to “why TB treated patients remain sensitive to TB tests for life” made a breakthrough, “the results now will have direct implications in anti-TB drug development and explain why it is so difficult to treat active and latent TB” said the RIWATCH release.

This medical research has brought the Idu-Mishmi people and Arunachal on the world map. 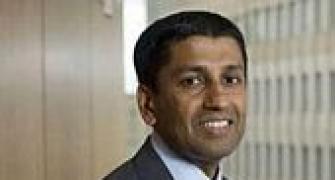 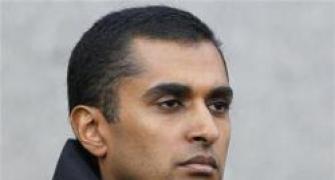 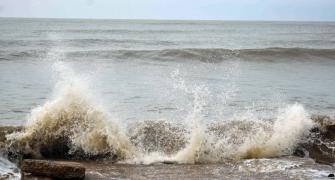 'N-weapons could soon become a liability for Pakistan'