Army Chief General M M Naravane on Monday visited forward areas along the International Border (IB) and reviewed the security situation and operational readiness of the troops deployed on ground in the Jammu-Pathankot region, a defence spokesperson said. 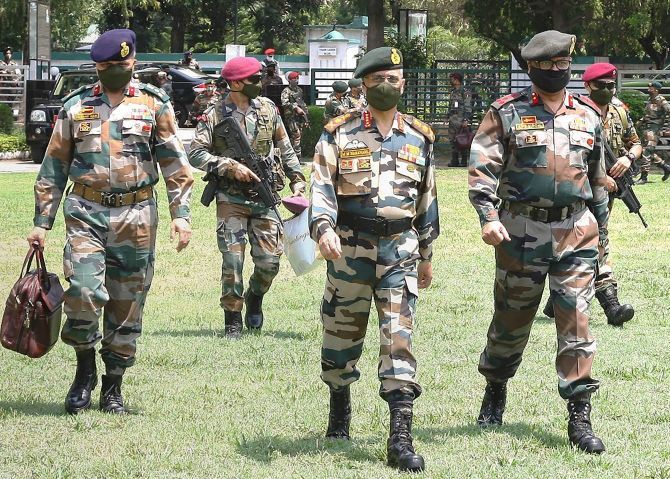 IMAGE: Army Chief General M M Naravane during his visit to forward areas to review the operational preparedness of troops deployed along the border in Jammu, Samba and Pathankot region. Photograph: @prodefencejammu/Twitter

He visited areas falling under the operational command of the Rising Star Corps, including Kathua, Samba, Jammu and Pathankot, to review the security situation.

He interacted with the field formation commanders and troops on ground during the visit.

He reinstated the fact of 'zero tolerance' against ceasefire violations by Pakistan and infiltration attempts by terrorists.

He further highlighted that all agencies of the services and government are working together relentlessly and will continue to do the same to defeat the nefarious design of proxy war being fuelled by our adversaries.

The Army chief addressed all ranks of the Western Command through video conferencing and lauded the morale of the troops.

He expressed confidence in the Indian Army's capabilities to thwart any misadventure by the enemies of the country and handle any situation.

He also commended the efforts of all the formations of the Western Command in the fight against the COVID-19 pandemic by supporting the ongoing 'Op Namaste'. 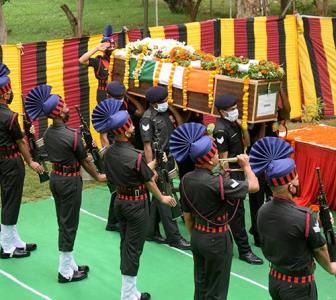 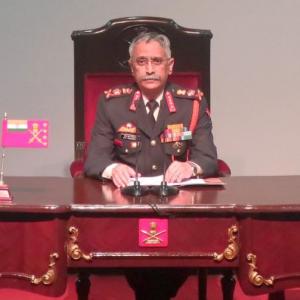