A man with suspected links to the Chhota Rajan gang was on Tuesday arrested for allegedly providing weapon for the killing of senior crime journalist Jyotirmoy Dey, the ninth arrest in the case.

Acting on a tip-off, police had laid a trap for Sisodiya. During preliminary investigation, Sisodiya has admitted to his links to a henchman of Chhota Rajan, identified as Sahil, he said. "On May 13, Sisodia had supplied .32 bore revolver with 25 cartridges to Sahil," Meena said.

Another associate of Sisodiya, Nayan Singh Bishta who is of Nepalese origin, is still on the run, the IG said, adding a manhunt has been launched to nab him.

56-year-old Dey, Editor (Special Investigation) of Mid-Day, was shot dead in the afternoon of June 11 at suburban Powai.

Meena said that Sisodiya had confessed that he was in contact with Kalya and Hunny Dada, also suspected to be a weapons supplier to the sharpshooters who killed Dey.

Mumbai police will seek remand of Sisodiya when he is produced in court. "He will be further interrogated after being taken to Mumbai," Meena said, adding they were also probing his other links.

The stringent MCOCA was yesterday invoked against the eight accused in the case. Police had claimed that the journalist was eliminated at the behest of fugitive underworld don Chhota Rajan, who paid Rs five lakh to the accused. However, they said the motive behind the killing was not yet clear. 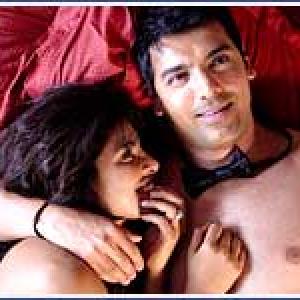