Makkal Needhi Maiam chief Kamal Haasan on Wednesday visited the Madras University premises in Chennai and expressed solidarity with a group of students protesting against the Citizenship Amedment Act as he dubbed the law 'autocratic' and 'draconian'. 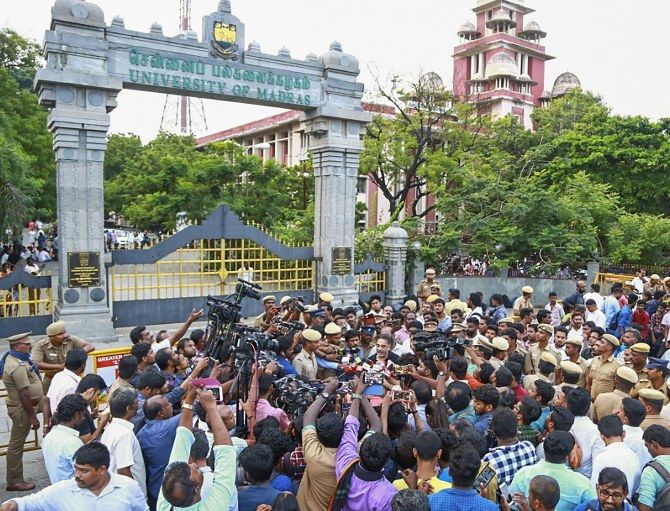 IMAGE: Makkal Needhi Maiam founder and actor Kamal Haasan addresses the media after meeting students of Madras University, who were protesting against the passage of Citizenship Amendment Act, in Chennai. Photograph: PTI Photo

Haasan was, however, not allowed to enter the main campus and spoke to the agitating students from behind the main gate of the university, opposite Marina Beach.

The MNM chief said he was at the varsity to express solidarity with the students, who are on the protest for the third day on Wednesday.

"They did not allow me inside, they might say what right have you to go inside," he said adding he visited the varsity to be the "defender," of students.

The actor-politician said he would continue to raise his voice against the CAA and it was his "bounden duty," to show solidarity with the students.

"All over India, these kinds of voices are raising and you cannot silence them," he said.

CAA is "autocratic," and "draconian," he alleged and demanded its withdrawal.

"If they say that it cannot be done, this is a nation which ousted the British... If laws will not be of any utility to the people, it has to be changed," he said.

Alleging that the nation was inching towards autocracy for quite some time, he said as part of it "dramas," were being enacted and "India has to wake up and raise."

The MNM chief said he visited the students not as a politician or to garner votes but as an Indian.

Hitting out at the All India Amma Dravida Munnetra Kazagham for supporting the CAA, he said "they are obeying their masters."

Since the Madras University has declared holiday, scores of hostel students in its Taramani campus have been left without food since kitchens too were shut, he claimed.

When asked about Haasan not being allowed into the university premises, a police official said they had no role to play in allowing or disallowing anyone. 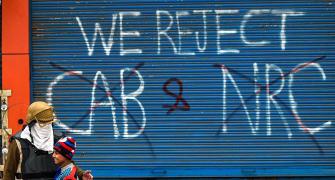 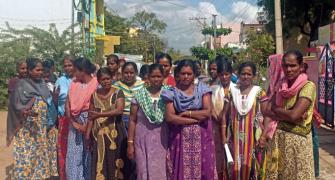 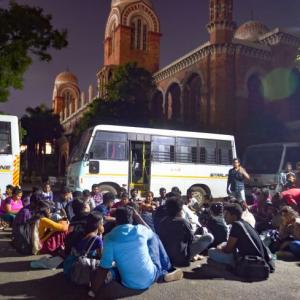 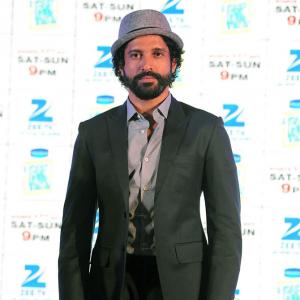 Time to protest online only over: Farhan Akhtar on CAA