Another girl abducted, gangraped in Delhi

In the fourth such incident in Delhi within the span of a month, an 18-year-old girl was abducted and raped allegedly by a group of youths in outer Delhi after she protested against lewd remarks being passed at her.

Two youths -- Rama, 28, and Chanderpal, 23 -- allegedly raped her in a secluded locality in Mongolpuri on Saturday night while two others  Manish, 25, and a 15-year-old boy -- helped them in abducting her.

"All the four persons have been apprehended. We located the girl inside the car used for her abduction along with two men at around 12:30 am," Chhaya Sharma, Deputy Commissioner of Police (Outer), told reporters in New Delhi.

The men appeared to have consumed alcohol during the incident and investigators have seized beer cans from the car. After getting a call about her abduction, around 600-700 policemen surveyed six police station areas for about two hours before they could locate the victim and arrest two of the suspects.

By 5 am, the other two who were part of the abduction were apprehended. The victim along with her neighbour Ravi was going to fetch her mother from a factory when the incident took place near her house in Sultanpuri at around 10:20 pm.

"The four men allegedly passed some lewd comments to which the girl protested. An argument ensued and the girl snatched factory keys from her neighbour and threw at the car which damaged a window-pane," Sharma said.

The men asked her to compensate for the damage and the argument continued. Enraged at this, the men forced her into the car and drove away, she said.

According to the girl, the men argued with her for compensation inside the car and after around an hour, the minor boy and Manish got out of the car.

She was then taken to a secluded place in Mongolpuri where she was allegedly raped. According to police, the neighbour Ravi informed the Police Control Room at 10:24 pm but could not provide the registration number of the vehicle.

Later at 11:05 pm, Ravi made another call to PCR after a tent owner who was at the spot gave him the number of the vehicle which abducted the girl.

Asked about taking two hours to rescue the victim, Sharma sought to defend the force and said specific information was not provided to police.

"Initially, he told us that it was an Esteem car but later said it was a long car. The specific information about the vehicle was given at 11:05 pm," she said claiming that the first information was that it took place in Aman Vihar.

She said 'Operation Black Rose', the standard operation procedure adopted during such incidents, was put in place and all beat constables were asked to search inside lanes as the culprits may not be taking main stretches.

"A constable noticed the car and alerted us. We apprehended two men and rescued the girl," she said.

In the meantime, the victim's mother made a call to the girl during which she told her that she would be returning home soon. The victim later told police that she was under duress to say so and was beaten up, Sharma said.

The girl was also not allowed to pick up the subsequent calls or text messages. "We were continuously ringing her number and sending text messages to find her location," the official said.

According to the victim, the men first drove towards Nangloi and later took a turn towards Mangolpuri. "They were not on prowl. It started as an eve-teasing incident," Sharma said.

Rama is the owner of the Hyundai Accent car, which he claimed he bought from an agency for about Rs 1.5 lakh. "He has kept his car with a travel agency. Whenever, they get a trip, he used to drive the car," Sharma said.

Investigators are verifying the claims. Investigators said soon after the incident, they had with them the list of around 400 cars with the number given by the eye-witness.

"From this, we zeroed in on high-end cars with black colour," the official said. A senior police official said the girl had eloped two years ago with a man with whom she was in a relationship.

This is the fourth incident of abduction and rape of a girl reported from the capital in recent times. The first incident took place on November 3 when a teenage Delhi University student was raped allegedly by five men in east Delhi's Mandavli after abducting her while on way to a mall where she was working part-time.

The 19-year-old girl was leaving for Spice Mall in Noida Sector 63 from Mandavli on November 3 when the incident took place. One person was arrested in the case.

The second case of the abduction and rape of a 30-year-old call-centre employee in south Delhi had led to a public outrage and raised questions over safety of women in the country's capital city.

The BPO employee was walking towards her residence in Dhaula Kuan along with one of her colleagues after being dropped by their office cab on November 24 when the incident took place.

A five-member gang allegedly forced her into their vehicle, sped it off with her and took turns to rape her. Another case was reported from Seemapuri last week in which five persons were arrested for abducting and raping a young woman. 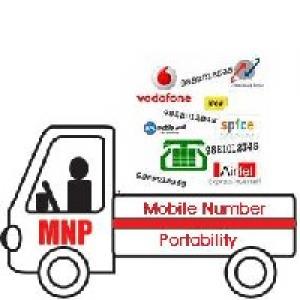