David Coleman Headley, the Mumbai attacks co-accused, visited a nuclear power plant in India at the direction of his handler in Pakistan, Major Iqbal in April 2008, according to unsealed court documents released on Wednesday.

According to these documents, unsealed after Chicago Tribune petitioned before the court, Major Iqbal, said to be an ISI officer, also gave him Indian currency notes for his operation in India.

"Additionally, based on instructions from Major Iqbal, Headley visited a nuclear power plant in India to conduct surveillance," federal prosecutors said in its 57-page documents giving details of the case and the modus operandi of Headley and other Lashkar operatives with regard to the Mumbai terrorist attacks.

In April 2008, Headley returned to Mumbai. As instructed, he conducted surveillance of potential landing sites, and took boat rides around the Mumbai harbor, using the GPS and making videos.

"Headley also performed surveillance of the Chhatrapati Shivaji Terminus (CST) train station. Additionally, based on instructions from Major Iqbal, Headley visited a nuclear power plant in India to conduct surveillance. After completing these surveillance activities, Headley returned to Pakistan and met with Zaki, Sajid, Abu Qahafa, and another Lashkar member," it said.

Abu Qahafa downloaded the contents of the device and used Google Earth to view images of the locations, it said adding that Headley recommended a landing point for the attackers near a small fisherman's bay on the coast of Mumbai.

Headley further recommended that, after landing, the attackers could use taxis to reach their attack locations.

Zaki again expressed his preference that the attackers land right in front of the Taj Mahal hotel.

"Sajid told Headley that the attack would have to wait until September at the earliest when the waters between Pakistan and India would be calmer. As before, Headley also reported to Major Iqbal about what he had done, also providing to him copies of videos that he had made. Further, Headley related to Major Iqbal the discussions that he had with Lashkar regarding

the planning and preparation for the attacks," the documents said.

In the summer of 2008, Headley travelled to Chicago and stayed with Tahawwur Hussein Rana, another accused in Mumbai attacks currently on trial in a Chicago court.

Headley described to the defendant the surveillance that he had conducted, including the Taj Mahal hotel and train station.

Headley told Rana about his boat trips, as well as the meetings with Sajid, one of his LeT handlers, and others regarding the attackers' planned ingress by sea and the recommended landing points.

Headley told Rana about LeT's operation commander Zaki's idea of having the attackers land in front of the Taj Mahal hotel. Headley told Rana planned attacks in Mumbai were being delayed to wait for calmer waters.

Headley told Rana about Major Iqbal's request that Headley perform surveillance in Delhi and open an office of First World Immigration as cover.

After visiting Chicago, Headley returned to Pakistan and met several times with Sajid and Abu Qahafa. Sajid instructed Headley to return to Mumbai again and returned the GPS device to Headley.

Sajid instructed him to enter the coordinates for a long list of locations that included the Taj Mahal hotel, the CST train station, the Chabad House (a Jewish community centre) and the Siddhivinayak temple.

Sajid told Headley that he could not have enough video of the Taj Mahal hotel.

It was during this trip again Zaki met with Headley to give him encouragement regarding the planned attack.

"Zaki told Headley that their work in Mumbai would heal the breasts of believers and give Muslims in India something to be happy about. During this trip to Pakistan, Headley also met with Major Iqbal, who provided Headley with Indian currency to use for expenses. 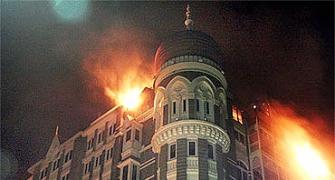 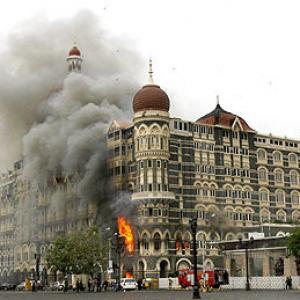