A ministerial panel looking into the reasons for the Congress' poor performance at the recent bypolls on Wednesday discussed ways to effectively publicise the welfare schemes being implemented by the Andhra Pradesh government to reach out to the masses.

Talking to reporters after the meeting, Agriculture Minister Kanna Lakshminarayana felt that the government and Congress need to get more publicity for the welfare schemes it has launched.

In an apparent reference to YSR Congress of Kadapa Member of Parliament Y S Jagan Mohan Reddy, he said the schemes of the Congress government are being hijacked by 'others'.

The YSR Congress Party says that the schemes were launched by late Y S Rajasekhara Reddy and the present Congress government has failed to effectively implement them.

The MLAs and MLCs have given valuable inputs on how to make the government more popular, Lakshminarayana said. The committee would submit a preliminary report to Chief Minister N Kiran Kumar Reddy and the state Congress president Botsa Satyanarayana on July 21, he added.

The YSRCP had bagged the Nellore Lok Sabha and 15 of the 18 Assembly seats in bypolls held in June dealing a major blow to both the ruling Congress and main opposition Telugu Desam Party. 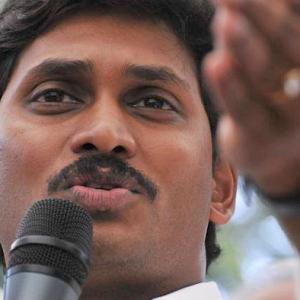