An Indo-US deep space exploration mission is in the offing.

The unthinkable is already happening in space, India and America are together planning to explore the last unknown frontier. Until recently India was an untouchable.

Venus, Mars, or an asteroid -- all could be the next big destinations that India will be exploring.

The Indian Space Research Organisation is now embarking on a new planet-hunting endeavour. There are indications that the United States will be working with India in this ‘deep space exploration’.

As per ISRO's own plans, in the next few years another robust mission to planet Mars is being planned.

A possible flyby to an asteroid is likely. A small satellite aptly called ‘Aditya’ will keep a constant eye on the ever-changing moods of the Sun.

Speaking to Indian Institute of Technology-Chennai students, UN ambassador to India Richard Verma sprung a surprise by saying, "We look forward to path-breaking work between NASA [National Aeronautics and Space Administration] and ISRO on deep space exploration to Mars and beyond".

Till 2005, the ISRO was a total pariah, kept under full technology denial and sanctions were in full force but a decade later the chill has gone and relations have thawed, now hand-in-hand both want to fly `where no man has gone before'.

If Pluto was the target for NASA, the Indian space agency is also setting its goals to explore the solar system to its limits.

On ISRO's wish list is ‘a technology demonstration mission or a flyby to the outer solar system’.

ISRO chief Kiran Kumar, who played a key role in the success of Mangalyaan, says: "For the next planetary mission, we are looking at opportunities whether it is a repeat Mars mission, or Venus mission or even an asteroid mission”

Exploring Venus could be the next logical step as India has already been to Mars. It is Earth's neighbour and if all goes well, in a few years, an Indian rocket will lift off and head towards the inside of the solar system.

Until date only Russia, US and the European Space Agency have successfully reached Venus.

In 2010, Japan tried but failed. Can India make global history once again by becoming the first Asian country to reach Venus?

Venus is considered a twin of Earth and yet very little is understood about this terrestrial planet.

It is almost the same size that of earth but it has a hugely dense atmosphere made up mostly of carbon dioxide and being closer to the sun. It has an average temperature of about 460 degrees Celsius.

U R Rao, former chairperson of ISRO and head of the committee that decides on scientific missions, has long expressed a desire that India should ideally soon head to
Venus.

It is believed by experts that Venus in a way resembles what could be the ultimate fate of Earth if run-away release of carbon dioxide goes on unabated and the climate continues to change with carbon dioxide being amassed in the atmosphere.

Kumar says there are many things to be learned at Venus like trying to figure out ‘why does the atmosphere of Venus rotate in the opposite direction’.

Some of these future planetary mission would need bigger rockets and towards that Kumar says India's indigenously made Geo-synchronous Satellite Launch Vehicle Mark-II (GSLV Mk-II) is probably going to be the preferred vehicle as it has `superior capabilities'.

The almost 50 meter tall rocket that weighs as much as 414 ton is capable of hoisting a 2500-kilogram satellite on inter-planetary voyages.

India has had hugely successful inter-planetary missions, the most recent being Mangalyaan that reached the Martian orbit in 2014 and continues to operate with vigour sending back scientific data to India.

Kumar says, “We have demonstrated the overall capability that we can go up to Mars with a minimal launcher using the PSLV.”

Therefore, a repeat mission to Mars is very likely but with a heavier satellite where scientific instruments would get priority.

Kumar says “the next mission will be science driven.”

A recent document submitted by ISRO to the government enlists what is going through the minds of the scientists and engineer at ISRO: ‘Initiatives towards undertaking a Mars orbiter and lander mission during 2018-launch opportunity -- identification of scientific payloads.

Exploration of Mars surface features viz. morphology, topography, mineralogy and Martian atmosphere' all can be studied in Mangalyaan-2. Kumar says no final decision has been taken on the next Mars mission and no date has been fixed.

Kumar is sure that Mangalyaan-2 will be a science mission unlike the first Mangalyaan, which was a ‘technology demonstrator’.

India already has a second visit to the Moon planned for 2018 through Chandrayaan-2 that will include an orbiter, lander and a rover on the lunar surface.

This Rs 500 crore mission is already being put together in Bengaluru and it will be launched using the GSLV Mk-II.

According to ISRO it would ‘further our understanding of origin and evolution of the Moon with improved versions of Chandrayaan-1 instruments for imaging, mineralogy and chemistry; addition of alpha and neutron spectrometers in the orbiter and study of lunar radiation environment including solar wind interactions.’

Beyond Chandrayaan-2 ISRO seeks to plan for ‘lunar sample return missions from the polar region of moon and a possible establishment of lunar observatory’.

ISRO in its plans also lists ‘a remote-sensing asteroid orbiter & comet flyby: with the science goal of understanding the evolution of asteroids and comets, early solar system processes, meteorite-asteroid connection, physical and chemical properties of asteroid and cometary material’.

India is also seeking to undertake a visit to an asteroid and there is every possibility that India may cooperate with NASA on its asteroid initiative where it will try to re-direct or even harvest an asteroid.

India, with its demonstrated capabilities of undertaking low cost high value inter-planetary travel -- Mangalyaan at Rs 450 crore was the cheapest mission ever, offers great opportunities for NASA to work with.

A possible win-win for both sides where space science would be the biggest gainer.

Pallava Bagla
Source: PTI© Copyright 2023 PTI. All rights reserved. Republication or redistribution of PTI content, including by framing or similar means, is expressly prohibited without the prior written consent.
Print this article

Hurriyat leader got funds from source that financed 26/11 strikes: ED 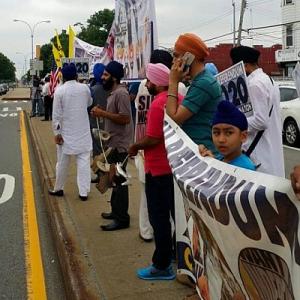 India and Russia will jointly build 200 of these helicopters