Amid the prevailing deadlock between farmers and the Central government over the new farm laws, the agitation of farmers entered the 32nd day on Monday. 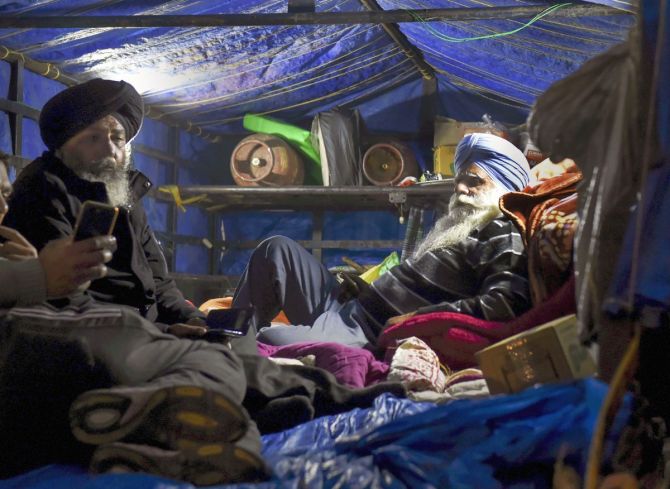 IMAGE: Farmers during their protest against the new farm laws, at Ghazipur border in New Delhi. Photograph: Atul Yadav/PTI Photo

With the cold wave prevailing in the region, farmers at the Ghazipur border were seen comforting themselves before small log fires.

Farmers continued their protest at the borders of Delhi against the Farmers' Produce Trade and Commerce (Promotion and Facilitation) Act, 2020; the Farmers (Empowerment and Protection) Agreement on Price Assurance and Farm Services Act, 2020; and the Essential Commodities (Amendment) Act, 2020.

Farmer unions have held several rounds of talks with the government and attended a meeting called by Union Home Minister Amit Shah.

Meanwhile, the Samyukt Kisan Morcha, a joint front of almost 40 farmer organisations, wrote a letter to the ministry of agriculture and farmers' welfare accepting the Centre's offer for dialogue and proposed December 29 as the next date for the meeting. 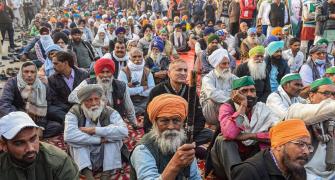 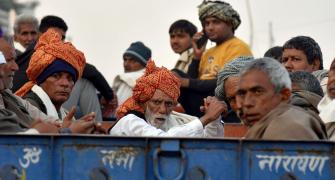 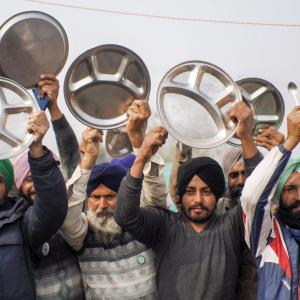 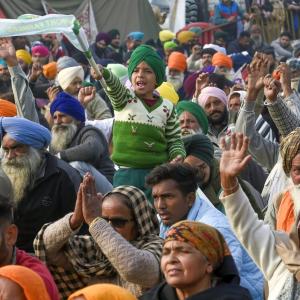 'Farmers camping at Delhi borders not for holiday'