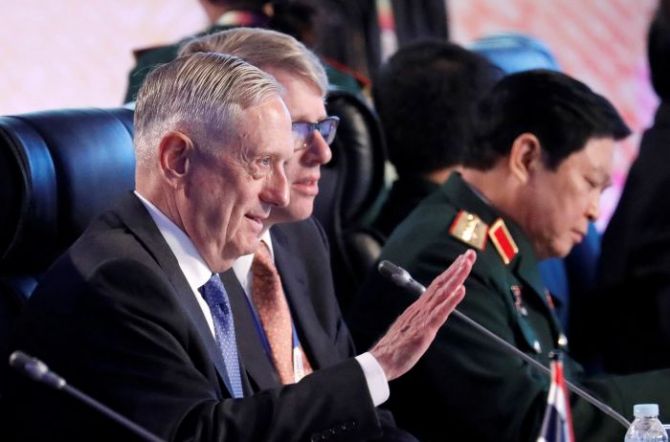 A series of air strikes in Syria by the United States and its allies were designed to send a 'clear message' to President Bashar al-Assad to stop his chemical weapons programme, US Defence Secretary Jim Mattis said on Saturday and asked all civilised nations to urgently unite in ending the Syrian civil war.

His remarks came after President Donald Trump announced targeted strikes on Syria in collaboration with the UK and France to retaliate against the April 7 chemical attack in the Syrian town of Duma.

Emphasising that the strikes are directed at the Syrian regime, Mattis said in conducting these strikes, the US has gone to great lengths to avoid civilian and foreign casualties.

"But it is time for all civilized nations to urgently unite in ending the Syrian civil war by supporting the United Nations backed Geneva peace process," he said.

General Jon Dunford, Chairman of the US Joint Chiefs of Staff, said the targets that were struck and destroyed were specifically associated with the Syrian regimes chemical weapons programme.

The first target was a scientific research center located in the Greater Damascus area.

"This military facility was a Syrian Center for the research development, production and testing of chemical and biological warfare technology," he said, adding that the second target was a chemical weapons storage facility.

"We assessed that this was the primary location of Syrian sarin and precursor production equipment. The third target, which was in the vicinity of the second target, contain both the chemical weapons equipment storage facility and an important command post," he said.

Dunford said that the nw strikes were qualitatively and quantitatively different than the one conducted in 2017.

Last year, the US conducted a unilateral strike on a single site.

The focus was on the aircraft associated with the Syrian chemical weapons attack in April of 2017.

"This evening, we conducted strikes with two allies on multiple sites that will result in a long-term degradation of Syrians capability to research, develop and employee, chemical and biological weapons. Important infrastructure was destroyed which will result in a setback for the Syrian regime," he said.

"They will lose years of research and development data, specialized equipment, and expensive chemical weapons precursors. The strike was not only a strong message to the regime that their actions were inexcusable, but it also inflicted maximum damage without unnecessary risk to innocent civilians," Dunford said.

Responding to questions, Mattis said that "right now this is a one-time shot" and it sent a very strong message to Assad.

"We did have some initial surface to air missile activity from the Syrian regime. That is the only retaliatory action that we're aware of at this time," Dunford said, adding that the nature of the operation and targets that were assigned to the United States Central Command have been completed.

The United States, France and Britain, Dunford said, 'did not do any coordination' with the Russians on the strikes, nor did they were pre-notified by the US.

“The only communications that took place specifically (with Russians) with this operation before the targets were struck was the normal deconfliction of the airspace, the procedures that are in place for all of our operations in Syria," he said.

US Vice President Mike Pence, who is currently travelling to Lime in Peru to attend the Summit of the Americas, abruptly left its opening ceremony to notify the Congressional leadership of the air strikes in Syria. 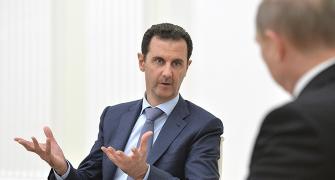 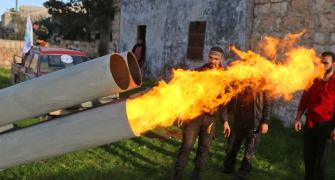 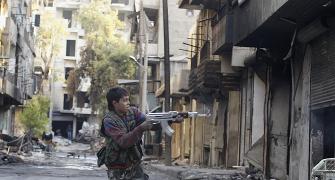 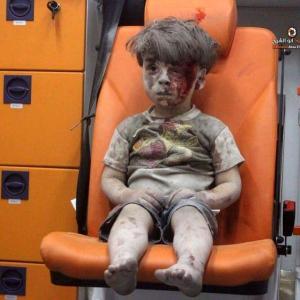