News
Business
Movies
Sports
Cricket
Get Ahead
Money Tips
Shopping
Sign in  |  Create a Rediffmail account
Rediff.com  » News » Ahead of polls, babu-turned-Modi aide AK Sharma to focus on western UP

Ahead of polls, babu-turned-Modi aide AK Sharma to focus on western UP

The Bharatiya Janata Party’s Uttar Pradesh vice president Arvind Kumar Sharma will be reaching out to residents of western UP with public meetings in Noida, Greater Noida and Bulandshahr from Friday. 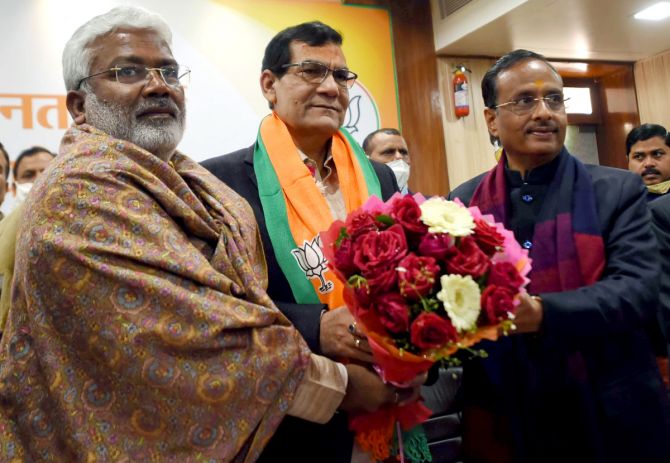 Sharma, a former IAS officer and a close aide of Prime Minister Narendra Modi, said he will be "actively" working in western UP now.

His visit to adjoining Bulandshahr district begins on Friday. In Gautam Buddh Nagar district, the MLC will be holding meetings with residents of Noida on September 12 and Greater Noida on September 13 and will also interact with local trade and industry bodies during the visit.

After closely working with Modi for more than two decades, the 1988-batch retired IAS officer of Gujarat cadre voluntarily retired as secretary of MSME and joined the BJP in January.

Soon after he was made the party's MLC in his home state of UP, where he started working for the development of his native areas Mau and Azamgarh districts in eastern part of the state.

Of his western UP reachout, Sharma told PTI, "Greater Noida is my second home. I am a voter from Dadri assembly constituency in Gautam Buddh Nagar district."

"Moreover, this region is a junction of three parts of our economy -- good agriculture, good industrial base and excellent professional activities," he said, terming the region as "Triveni" of development.

"So, I keep visiting. And I have further resolved and have said publicly that I will actively work in western UP area. This one is in my third major programme in western UP," he added.

His previous visit to western UP was during the second wave of Covid-19 pandemic, mainly to distribute medicines and medical equipment, and before that he held a big rally and public programme in Ghaziabad.

"Similarly, I have been visiting various areas and districts of the state. From September 10 to 13, I will be here in this area again, including Bulandshahr, Noida and Greater Noida," Sharma said.

The former central bureaucrat said he always believed in remaining connected with the common man and the ground realities, hence he is trying to reach out to people and understand the situation in different parts of the state.

"This gives me direction and energy to work better for the people," he added.

On the twin cities of Noida and Greater Noida, he said these are not only a hub for global business giants but also home to some of the brightest minds, talented youth and hard-working people.

"I accord highest significance to this aspect of the economy as it generates jobs for our youth," he said.

"We will do all that this region needs to grow. Our party and the government are ready to support the twin international cities with all possible infrastructure and resources so that it becomes a global investment destination and sets an example in every domain for all other similar hubs in the country," Sharma said. 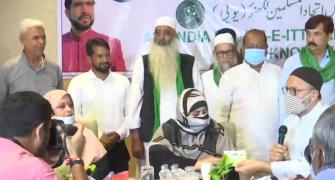 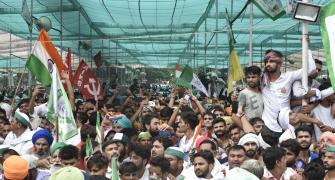 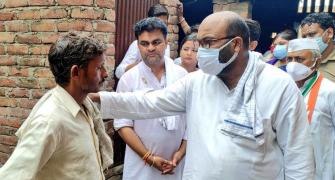 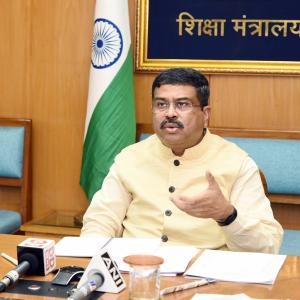 Dharmendra Pradhan made BJP poll incharge for UP 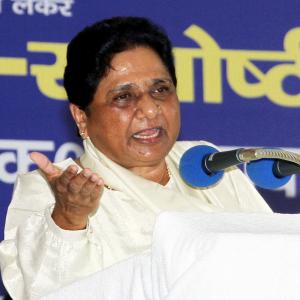