Attorney General K K Venugopal on Monday declined consent to initiate contempt proceedings against Andhra Pradesh chief minister Jagan Mohan Reddy and his principal advisor Ajeya Kallam for making allegations against a judge of the Supreme Court and some other judges of the state high court. 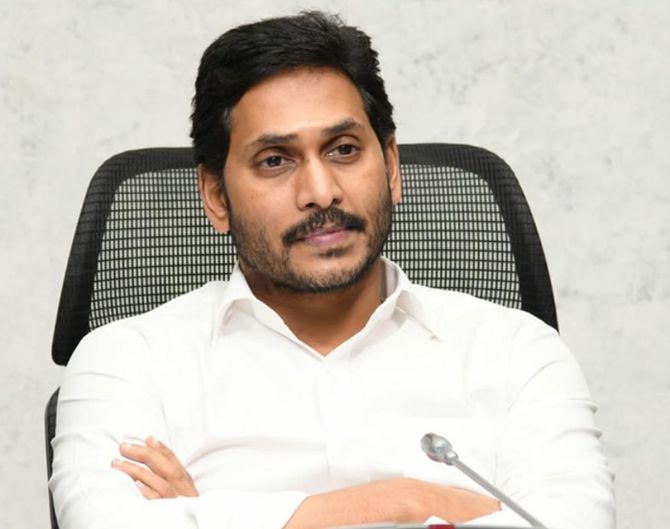 Attorney General K K Venugopal on Monday termed as "prima facie contumacious" the conduct of Andhra Pradesh chief minister Jagan Mohan Reddy and his principal advisor for making allegations against the judiciary, but declined consent to initiate contempt proceedings against them saying Chief Justice of India S A Bobde was seized of the matter.

In an unprecedented move, the chief minister, on October 6, had written to the CJI alleging that the Andhra Pradesh high court was being used to "destabilise and topple my democratically elected government".

The top law officer on Monday referred to the letter sent by Reddy to the CJI and said the subsequent press conference to make its contents public by Ajeya Kallam, Principal Advisor to the CM, raised suspicion.

"In this background, prima facie, the conduct of the said persons is contumacious. However, what has to be noted is that the entire case of contempt arises out of the letter..written by the chief minister directly to the the Chief Justice of India and the subsequent press conference held by Kallam. The CJI is therefore seized of the matter. Hence, it would not be appropriate for me to deal with the matter," Venugopal said.

"For these reasons, I decline consent to initiate proceedings for criminal contempt of the Supreme Court," he said in his response to the contempt plea filed by Bharatiya Janata Party leader and lawyer Ashwini Upadhyay.

Taking the consent of the law officer is a condition precedent for initiating criminal contempt against a person.

Earlier, Upadhyay had written to Venugopal seeking his consent to initiate contempt proceedings against Reddy and his advisor.

He had said the letter by the Andhra Pradesh chief minister "scandalises" the authority of both the Supreme Court and the High Court and interferes with judicial proceedings and the administration of justice.

The law officer, in his response, said, "I have carefully gone through the contents of your petition. I find that the objectionable statements have been made in a letter dated October 6, written by the Chief Minister to the CJI...

"This letter was then released to the press by Ajeya Kallam, Principal Advisor to the chief minister at a press conference on October 10. The CJI is therefore well aware of the nature of the allegations contained in the said letter."

The law officer said he was of the opinion that "the timing itself of the letter, as well as its being placed in the public domain through a press conference could certainly be said to be suspect, in the background of the order passed by Justice N V Ramana dated September 16, 2020 directing pending prosecution of elected representatives to be taken up and disposed of expeditiously".

While acknowledging the contents of Upadhyay's application, Venugopal said
"there are 31 criminal cases pending against the chief minister".

Reddy had alleged that the Andhra Pradesh High Court was being used to "destabilise and topple my democratically elected government".

He had requested the CJI to look into the matter and consider initiating steps "as may be considered fit and proper to ensure that the state judiciary's neutrality is maintained".

The chief minister had alleged that the senior apex court judge had proximity to Telugu Desam Party chief Chandrababu Naidu and that a "former judge of the honourable Supreme Court placed this fact on record".

Seeking consent of the Attorney General, Upadhyay, in his plea, had said, "Even worse, if this kind of precedent were allowed, political leaders would start making reckless allegations against judges who do not decide cases in their favour and this trend would soon spell the death knell of an independent judiciary.

"I am therefore seeking your kind consent under Section 15(1)(b) of the Contempt of Courts Act, 1971 read with Rule 3 of the Rules to Regulate Proceedings for Contempt of the Supreme Court, 1975 to initiate criminal contempt against Y S Jagan Mohan Reddy, chief minister of Andhra Pradesh and Shri Ajeya Kallam, Press Advisor of the Government of Andhra Pradesh."

According to Upadhyay's letter, the actions of these two individuals constitute grave criminal contempt of the Supreme Court of India and the high court of Andhra Pradesh.

It had been two weeks since the release of Reddy's letter in the public domain and no suo-motu contempt action had been initiated by the Supreme Court, the advocate said in his letter. 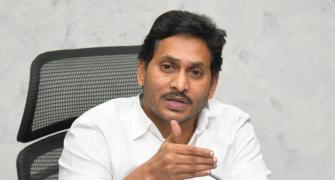 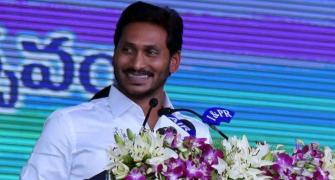 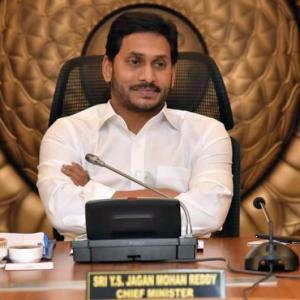