Andhra Pradesh chief minister Y S Jagan Mohan Reddy's allegation against a senior Supreme Court judge that he has been influencing the sittings of Andhra Pradesh high court and acting in the interests of Telugu Desam Party created a flutter with the Chandrababu Naidu-led party dismissing it as 'atrocious' and a "conspiracy against the judiciary." 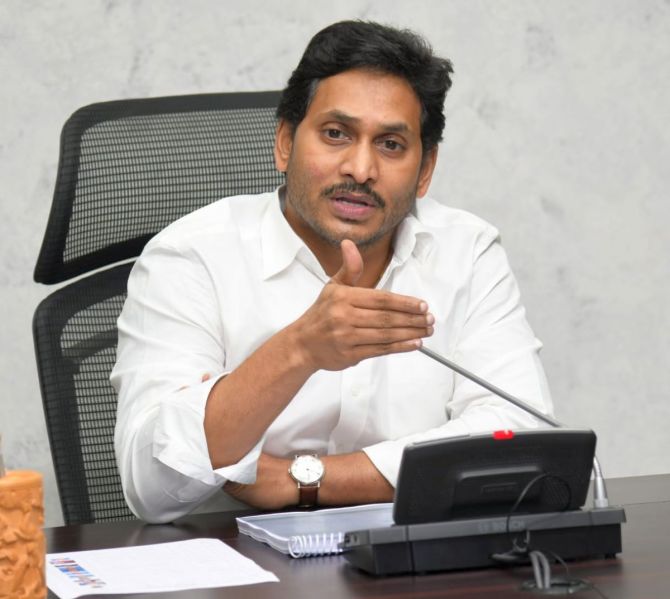 The chief minister wrote a letter to Chief Justice of India S A Bobde in an unprecedented move alleging that the Andhra Pradesh high court was being used to "destabilise and topple my democratically elected government."

Reddy requested the CJI to look into the matter and consider initiating steps "as may be considered fit and proper to ensure that the state judiciarys neutrality is maintained."

There was no immediate reaction from Supreme Court officials to the allegation.

The chief minister alleged the senior apex court judge had proximity to Chandrababu Naidu and that a "former judge of the honourable Supreme Court placed this fact on record."

After his government initiated an inquiry into the actions of Naidu regime between 2014-19, he alleged, "it is now clear that the judge started influencing the course of administration of justice in the state..."

Naming some high court judges, Reddy alleged they had a "nexus with the Supreme Court judge and the Telugu Desam Party and displayed animosity towards my government and me."

The apex court judges influence was in the areas of "roster for sitting of the honourable Judges, whereby important matters of policy and protection for Chandrababu Naidu's interests were posted before a few honourable judges," the chief minister alleged and referred to some orders to buttress his claims.

The chief ministers letter to the CJI was dated October 6 and his Principal Advisor Ajeya Kallam released it to the media here on Saturday night.

He said it was sent on October 8 to the CJI.

The Telugu Desam Party rejected the allegation as a "deliberate conspiracy against the judiciary" and nothing could be more atrocious than this.

The TDP said it was 'mudslinging', 'ridiculous' and only 'bravado' intended to 'blackmail' the lower judiciary as criminal cases against the chief minister were coming up for regular trial soon.

When persons or organisations aggrieved by the illegal and unconstitutional acts of your government seek redressal from courts and if the courts grant relief, how can you blame them, TDP politburo memberYanamala Ramakrishnudu said in a statement.

The letter also exposed Reddy's 'grudge' against Naidu, he claimed.

The TDP leader asked why was the chief minister "so impatient" when appeals against the high court orders were pending in the Supreme Court. Political parties should stay away from judges' dispute: PM 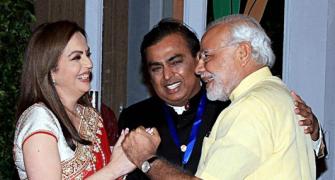