News
Business
Movies
Sports
Cricket
Get Ahead
Money Tips
Shopping
Sign in  |  Create a Rediffmail account
Rediff.com  » News » AFSPA will be revoked from some areas in Kashmir: Omar

AFSPA will be revoked from some areas in Kashmir: Omar

The Armed Forces Special Powers Act and the Disturbed Areas Act will be revoked from some areas of Jammu and Kashmir within the next few days, Chief Minster Omar Abdullah said on Friday.

While assuring the people that revocation of these laws will not have any adverse affects, he said the measure will put an added responsibility on the shoulders of state police and paramilitary forces.

"The time has come for revocation of laws (AFSPA and DAA), which were invoked in the state after militancy, from some areas of the state within the next few days," Omar said while addressing the Police Commemoration Day at Zewan near Srinagar.

He did not name the areas from where these laws will be revoked. "I am not in a position to name those areas at the moment," he said.

Omar said revocation of AFSPA and DAA will put an added responsibility on the shoulders of state police and paramilitary forces. "But I want to assure that revocation of these laws will not have any adverse effects," he said.

He said the declining number of police and other security forces' martyrs last year shows the situation has improved.

"Out of 635 martyrs from across the country, Jammu and Kashmir, which has been a victim of terrorism, had only 18. A small state like Delhi has 15, which speaks about the improvement in the situation," he said.

Omar said security forces will have to work harder to ensure the situation across the state continues to improve.

"During the last three years, I have learnt one thing that if today is good, there is no guarantee that tomorrow will also be good. We will have to work hard to ensure that

Omar asked the police and administration to take all possible steps to ensure a peaceful 2012.

"We should continue the police-public meetings, talent spotting programmes, vocation trainings and other steps which were taken last year and helped in ensuring peace this year," he said.

Omar said while the security forces need to be lauded for ensuring a peaceful summer this year, the people of Kashmir should also be thanked for not allowing their sentiments to be exploited by vested interests.

"Although there were provocations, I thank the people for not allowing vested interests to exploit their sentiments this year," he said. 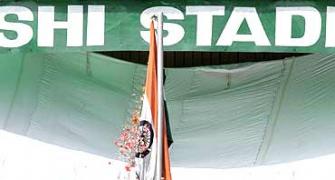 Omar warns BJP not to hoist tricolour at Lal Chowk 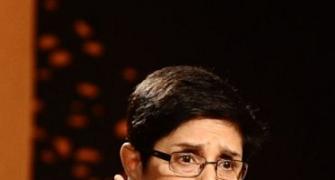 No personal gain from inflated air travel bills: Kiran Bedi
AFSPA may soon be withdrawn from some areas in J&K: Omar 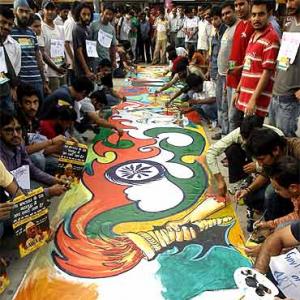 Why are Congress and Rahul mum on Omar's rule in Kashmir 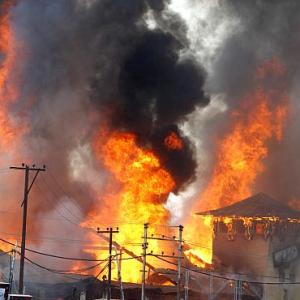