The Aam Aadmi Party has claimed its internal survey has found it could win around 58 seats in the Gujarat assembly polls, likely to be held in December this year. The halfway mark in the state assembly is 92. 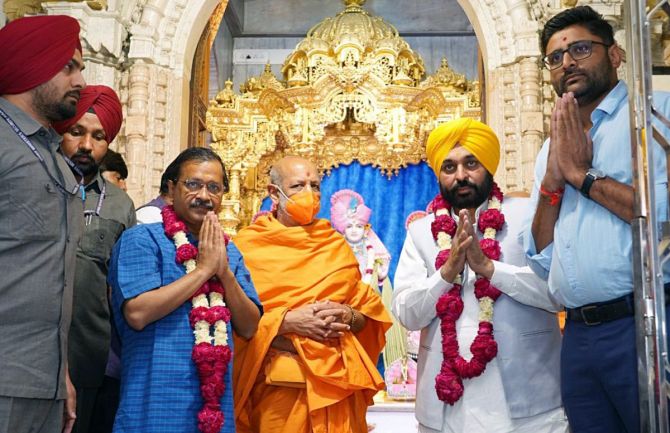 State AAP in charge Dr Sandeep Pathak on Monday said the survey was done in a scientific manner through the party's own agency.

As per the survey, the party is likely to get votes from rural voters disgruntled with the Congress and from lower and middle class segments in urban areas.

"As per our internal survey, as on today we will win 58 seats. People of rural Gujarat are voting for us. The lower and middle class in urban areas want a change and will be voting for us,” said Pathak, who is considered one of the key persons in AAP's massive victory in the recent polls in Punjab.

Pathak further claimed even the survey by the state intelligence wing of the BJP government in the state, which was carried out recently, is giving 55 seats to AAP.

Gujarat AAP president Gopal Italiya, while addressing a press conference earlier, said they got to know about this intelligence survey report from "sources", adding that the BJP is "rattled" over the predicted performance of his party.

Incidentally, AAP leaders Arvind Kejriwal and Bhagwant Mann, chief ministers of Delhi and Punjab respectively, had on Sunday completed a two-day tour of Gujarat, with the events they attended including a roadshow.

Pathak, who became state AAP in charge on Monday, said his party was fighting for top spot here as people wanted change from the BJP, which has ruled for the past 27 years.

People know only the AAP can defeat the BJP, not the Congress, which is the main opposition party in the state's 182-member Assembly at present, Pathak claimed. 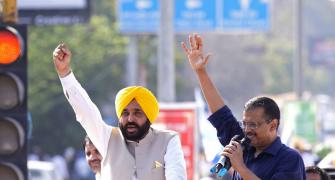 AAP eyes Gujarat and HP polls after Punjab and Surat 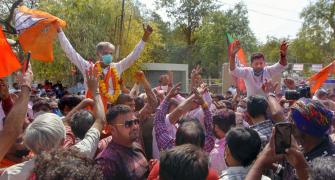 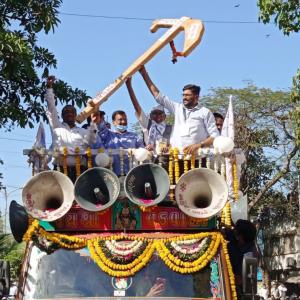 Did hundreds of AAP members join BJP in Gujarat?