AAP promises free electricity, waive 'inflated bills' in UP if voted in

The Aam Aadmi Party on Thursday said if it is voted to power in Uttar Pradesh, it will provide 300 units of free electricity to domestic consumers, waive 'inflated' bills and ensure 24-hour power supply, a move aimed at replicating its Delhi model. IMAGE: The Arvind Kejriwal-led party alleged that electricity tariff is so expensive in UP. Photograph: ANI Photo

The AAP has made similar promises in Punjab, Uttarakhand and Goa, where assembly polls are due early next year.

In the last Delhi assembly elections, the AAP had promised free electricity up to 200 units to domestic consumers and after that up to 200 units at half the price, which is believed to have played an important role in the elections.

The Arvind Kejriwal-led party, which has decided to contest all 403 assembly seats in Uttar Pradesh, alleged that electricity tariff is so expensive in Uttar Pradesh that it is becoming very difficult for people to pay the bills.

At the same time, Sisodia alleged that the government tells people 'to either pay the electricity bill or be tagged as criminals.'

Claiming that there are hundreds of instances in Uttar Pradesh where common people have committed suicide after receiving inflated electricity bills, Sisodia claimed that a farmer in Aligarh, named Ramji Lal, killed himself over non-payment of electricity bill.

He also claimed that in Etah, a 17-year-old girl committed suicide just because the electricity department had sent a wrong bill to her father who was declared a criminal for not paying it.

"There are 38 lakh families in Uttar Pradesh who have been sent inflated electricity bills and the government is considering them as criminals. I want to tell these people that you support the Aam Aadmi Party and ensure that our party forms the government after the assembly elections," Sisodia said.

"Tear the bills as soon as the government is formed. Everyone's outstanding bill will be waived. This is Arvind Kejriwal's guarantee," he claimed.

He said electricity today is not a luxury but a basic necessity and it is the responsibility of every government to make it available to every citizen.

The party promised to provide 300 units of electricity free of cost to all domestic consumers per billing cycle, waive outstanding bills of 38 lakh families and ensure 24-hour power supply.

AAP Rajya Sabha member and in-charge of Uttar Pradesh Sanjay Singh told reporters that Kejriwal does what he says.

"Whatever announcements have been made today, including providing 300 units of free electricity, are historic," Singh said.

Asked about the party's chief ministerial candidate, Sisodia said when the time comes, the party will take a decision on it.

The party is contesting the elections under the leadership of Kejriwal, he added. 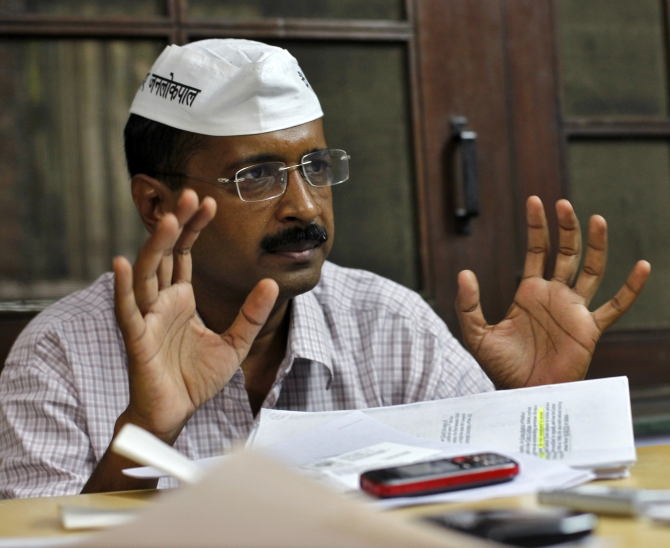