Bharatiya Janata Party national president JP Nadda is scheduled to hold a meeting with all the Union ministers in New Delhi on Wednesday to deliberate upon the massive reach out exercise planned by the party to mark eight years of the Narendra Modi government, sources said on Tuesday. 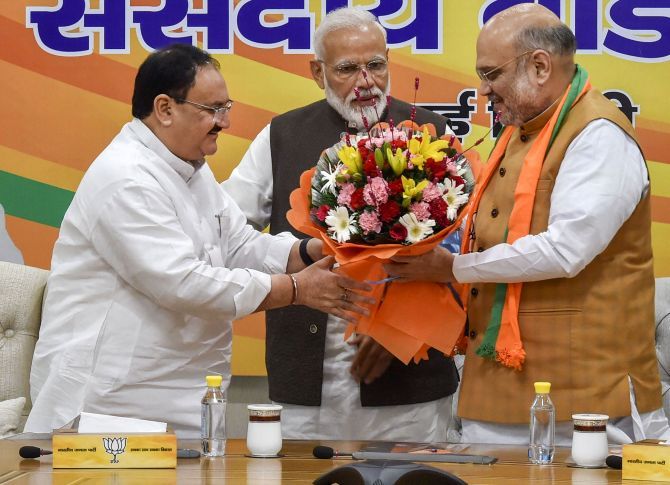 Top Union ministers, including Home Minister Amit Shah and Defence Minister Rajnath Singh, are expected to attend the meeting at the party headquarters, the sources said.

Prior to this meeting, Nadda is also likely to launch a campaign to strengthen the BJP on about 73,000 polling booths where it is relatively weak. Most of these booths are in southern and eastern states.

The BJP has already prepared a committee led by its vice-president Baijayant Panda to draw a blueprint for strengthening the party on these booths.

In its recent meeting of the office bearers in Jaipur, the BJP had announced that all Union ministers will visit villages across the country to mark eight years of the Narendra Modi government and take feedback on welfare schemes.

The BJP will celebrate the Modi government's anniversary from May 30 to June 15 on the theme of Sewa, Sushashan and Gareeb Kalyan (service, good governance and welfare of poor).

According to the sources, each minister is likely to assign four Lok Sabha constituencies as part of the reach out exercise, and interact with people about the welfare schemes of the Modi government.

Prime Minister Narendra Modi-led BJP government will complete its eight years at the Centre on May 30, which the party plans to celebrate at the grand level across the country by holding various programmes. 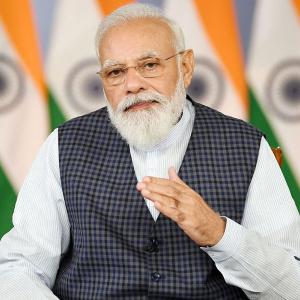 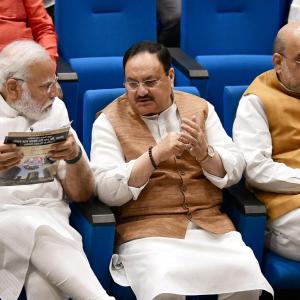